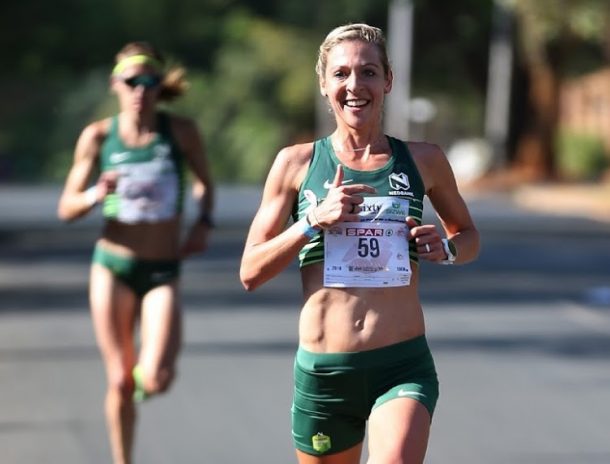 Irvette van Zyl ended 13th in 2:28.40 to become the 13th South African athlete to obtain a qualifying standard for the Tokyo Olympics.

So far she is only the third SA woman to have achieved a qualifying standard for the Games‚ after Steyn‚ who had beaten the 42km criterion with a 2:26.51 last year‚ and Dom Scott in the 10‚000m.

Racing in wet‚ windy and cold conditions‚ Steyn sliced more than a minute off the 2:26.35 mark Colleen de Reuck set at the Berlin marathon in September 1996.

Elana Meyer’s 2:25.15 at the 1994 Boston Marathon isn’t regarded as an official record because it was done on an aided course.