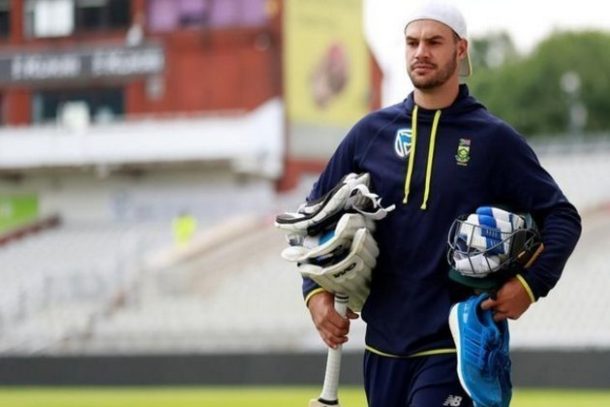 Stand-in Proteas captain Heinrich Klaasen was impressed with Aiden Markram’s performance after he scored his maiden T20 half century in the four wickets defeat to Pakistan at the Wanderers Stadium on Saturday.

Pakistan took a 1-0 lead in the four match series after the win in Johannesburg and Markram will have to replicate his form at the top of the batting order in the second T20 match if the Proteas are to reel in the visitors when the two sides meet at the same venue on Monday afternoon.

Markram‚ who has been mostly viewed as a Test player‚ scored a brisk 51 off 32 that included eight centuries and one maximum‚ and Klaasen believes he is heading in the right direction as a white ball cricketer.

“100 percent‚ this is a step in the right direction for Aiden‚” said Klaasen who is leading the largely inexperienced Proteas team after the withdrawal of Temba Bavuma due to injury.

“I am happy for the guy‚ he’s been fighting very hard to get back into the side. He has made a good statement to show that he can really play this format as well.

“In the ODI series‚ he needed one or two runs to kick on after good starts and not to get out‚ but this was a big step in the right direction for him.”

The Proteas were not impressive in the last five overs of their batting and bowling innings and Klaasen‚ who also scored a half century‚ admitted there are areas of their game that need fine tuning.

“I reckon myself and Pite [Van Biljon] were in a really good position to take the game forward and away from Pakistan. Unfortunately I went out and soon afterwards he [Van Biljon] followed.

“We were the set batters in the game and it is our job to the end. There were one or two overs where things didn’t go according to plan. The rest was good execution but we still have to fine-tune.”