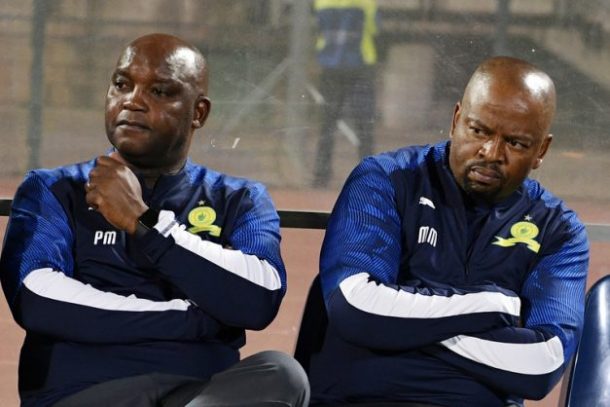 Mamelodi Sundowns coach Manqoba Mngqithi says he would never allow his emotions to get the better of him should the knockout stages of the African Campions League set up a potentially tense meeting against Pitso Mosimane’s Al Ahly.

Group B leaders Sundowns are cruising to the quarterfinals of the continent’s premier club football competition and should Al Ahly [they are third in Group B at the moment] finish second in their group‚ Mngqithi and the members of his technical technical team could suddenly find former colleague Mosimane standing in their path.

But Mngqithi said emotions would not play any role in his thinking should the possibility of a delicious meeting with a man he worked with for many years at Sundowns become a reality.

“Facing Pitso or any other coach‚ for me‚ it would never be an emotional [thing]‚” he said on Monday.

“I always look at the game‚ and look at the opponents. I am working with monsters here [at Sundowns] who do a lot of good work behind the scenes to make sure that all the finer details about any opponents we are playing against [are properly analysed].”

Mosimane took one of the toughest coaching jobs in Africa‚ leaving the comfort of Sundowns – where he had won 11 trophies in eight years and signed a new four-year contract – in a bombshell move to the continent’s club of the 20th century in late September.

South Africans have continued to entertain hopes of a meeting between Sundowns and Al Ahly‚ and should that game materialise after this week‚ it would be the closes thing to Christmas coming several months early for the nation’s soccer lovers.

Mngqithi has been around the block enough times to know that all the sides that reach quarterfinals are very dangerous and should be accorded the same level of respect.

Sundowns are within touching distance of a place in the quarterfinals of the continent’s premier club competition and Mngqithi said it would ill-advised to treat any of the sides still in the competition differently.

“The only important thing is to get to the quarterfinals‚” he said on Monday.

“To be honest there is no avoiding anyone because once you get to the last eight of the Champions League‚ you are most likely going to face teams that have won [the tournament].

“If you avoid [Egyptian powerhouses] Al Ahly‚ you might end up facing [Tunisia’s] Esperance or [Morocco’s] Wydad Casablanca. If you do not find Wydad you could find other [equally tricky sides]. [Egypt’s] Zamalek are also in that space and while they have not done very well so far‚ they are [dangerous]. You are always likely to face one of the big six teams [on the continent]

“It is never easy and once you get into the last eight‚ be it Caf Champions League or UEFA Champions League‚ there are always teams that have probably won it once or twice or many times. You can never avoid that.

Sundowns host Mazembe at Loftus at Loftus in the Champions League on Tuesday.