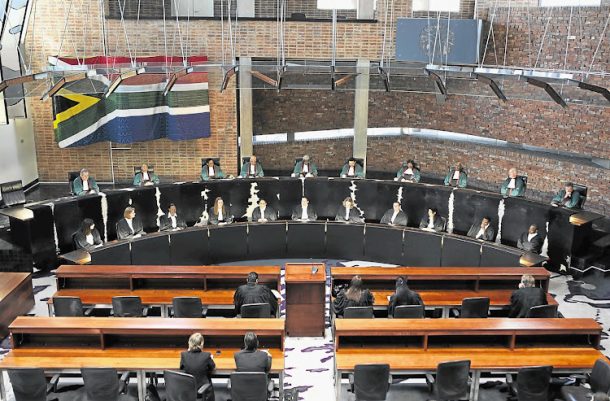 President ordered to ensure Muslim marriages are recognised as valid

The Marriage Act and the Divorce Act are inconsistent with the constitution insofar as they fail to recognise Muslim marriages as valid.

The Constitutional Court made this finding on Tuesday as it confirmed the order of constitutional invalidity made by the Supreme Court of Appeal (SCA) in 2020 regarding the Marriage act and Divorce Act.

The court also said the Divorce Act is inconsistent with the constitution insofar as it fails to provide for mechanisms to safeguard the welfare of minor children born of Muslim marriages at the time of dissolution of the Muslim marriage‚ when compared to other marriage regimes.

The court suspended the order of invalidity for 24 months to enable the president and the cabinet to remedy the foregoing defects. They could either amend existing legislation or initiate and pass new legislation to ensure the recognition of Muslim marriages as valid marriages for all purposes in SA and to regulate the consequences arising from such recognition.

The court said the application concerns the persisting non-recognition of marriages solemnised in accordance with the tenets of Sharia law (Muslim marriages). It said this has resulted in the infringement of fundamental rights of parties to Muslim marriages‚ and Muslim women and children in particular‚ for far too long.

The Women’s Legal Centre Trust (WLCT) first applied to the Western Cape High Court in 2014 for an order compelling the president‚ cabinet and parliament to prepare‚ initiate‚ enact and bring into operation legislation providing for the recognition and regulation of Muslim marriages within 12 months.

The state parties opposed the application‚ arguing there is no obligation on the state to initiate and pass legislation to recognise Muslim marriages.

The court ruled in favour of the WLCT in 2018. The state parties applied for leave to appeal against the high court order. But when the matter was heard before the SCA‚ the president and the justice minister conceded that the Marriage Act and the Divorce Act did infringe on the constitutional rights to equality‚ dignity and access to courts of women in Muslim marriages.

These reduced the issues before the SCA to three‚ one of which was whether the constitution places an obligation on the state to prepare‚ initiate‚ introduce and bring into operation legislation to recognise Muslim marriages as valid marriages.

The SCA also ruled in favour of the WLCT.

“It is a well-known fact that marriages concluded in accordance with the tenets of the Islamic faith have never been accorded recognition as valid marriages in SA‚” acting justice Pule Tlaletsi said in a unanimous judgment on Tuesday.

He said the views expressed by the courts historically were that Muslim marriages did not accord with so-called “civilised” religious practices‚ were potentially polygamous‚ were regarded as immoral and not consonant with religion and were thus contrary to public policy.

Tlaletsi said because some customary marriages permitted polygamy‚ they were also treated as contrary to public policy before 1998.

“This treatment forced some of the adherents of Islam to dilute or abandon their faith by‚ among other things‚ electing to marry monogamously according to civil law in order for their marriages to be regarded as valid.

“This non-recognition of Muslim marriages continues to date‚ 28 years into our democratic constitutional dispensation‚” Tlaletsi said.

Tlaletsi said the fact that the Marriage Act does not recognise Muslim marriages as valid marriages continued to deprive women in and children born of Muslim marriages the remedies and protection they would be afforded if the marriage had been concluded in terms of that act.

“While it is in theory open to women to solemnise a Muslim marriage and‚ thereafter‚ marry in terms of the Marriage Act‚ this is commonly not a meaningful choice‚ because evidence presented by the (friend of the court Muslim Assembly Cape) has shown that women in Muslim marriages are often unable to persuade their partners to conclude civil marriages‚ oftentimes due to the disparity in their respective bargaining powers.”

Tlaletsi said the exclusion of women married according to Sharia law from the protection provided by the Marriage Act and the Divorce Act is discriminatory.