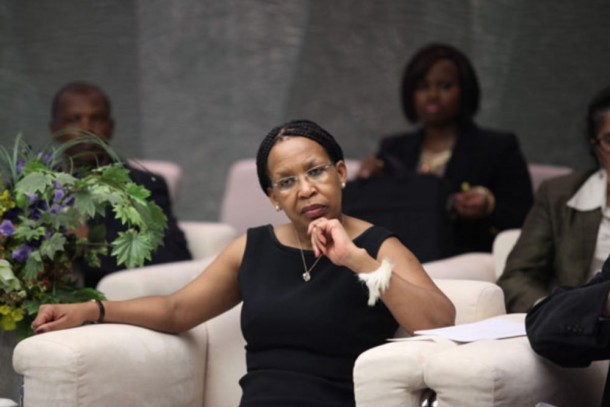 The local government minister for health in Gauteng, South Africa’s wealthiest province, resigned on Tuesday 31 January just before the release of a report into the deaths of 94 mental health patients.

Qedani Mahlangu’s post is the equivalent of a health minister but at provincial level. She faces a class action lawsuit after a report by South Africa’s health ombudsman exposed the appalling conditions in which the psychiatric patients died between 23 March and 19 December 2016.

The patients came to their deaths because of a cost-cutting exercise by the Gauteng government. A total of 2,000 patients were moved from Life Esidimeni private hospitals to 27 NGOs. The report stated that:

All the 27 NGOs to which patients were transferred operated under invalid licences. All patients who died in these NGOs died under unlawful circumstances.

It was initially reported that 36 patients had died, but the figure turned out to be nearly triple that. The health ombudsman found that the most common cause of the deaths was pneumonia, followed by uncontrolled seizures. Patients were found to be starving and dehydrated. Relatives testified that the patients had been given no blankets or warm clothing during last year’s cold winter.

The patients died on average two months after the hurriedly and haphazardly arranged transfers took place.

The report has been met with outrage and shock. In addition to the Gauteng Health MEC’s resignation, the suspensions of two other senior officials have also been recommended – the head of Health and a senior director. Both are registered medical doctors. The report stated that the MEC’s and the two officials’

The events have raised two important issues – the extent of responsibility by political appointees such as the MEC as well as the problem of medical doctors’ having “dual loyalties”. This exists where medical professionals are employed by, for example, the state or defence force.

The case of “Dr Death”

South Africa has a particularly brutal case of “dual loyalty” that underscores why it’s vital that doctors remember their first responsibility is to their patient’s well-being, interests and safety. In other words the needs of their patients must supersede any demands placed on them by their employer.

Dr Wouter Basson, dubbed “Dr Death” by local media, was the head of the apartheid government’s chemical and biological warfare programme,  “Project Coast”, in the 1980s and 1990s. Working for the South African Defence Force Basson was tasked with the manufacture of toxic substances for use in attacks and assassinations on members belonging of the anti-apartheid movement.

The work of Project Coast’s researchers included finding substances that could kill people without leaving a trace post-mortem, producing drugs such as ecstasy, mandrax and “new-generation” teargas for use against “enemies of the state”.

The Health Professions Council of South Africa found Basson guilty of unprofessional conduct in December 2013 for his role as the head of the project.

The Basson case illustrates the challenge for medical professionals who work for the state or defence force. Their primary responsibility is to the patient – not any unjustified demands or nefarious intent by the State.

The two officials involved in the Gauteng psychiatric patients case were doctors and should therefore face the requisite processes. Appropriately, the ombudsman’s report recommended that they should be referred to the Health Professions Council of South Africa for investigation of professional misconduct.

The MEC was not a doctor. This is itself a problem as there’s a tendency in South Africa to appoint non-medical people to head up health services. This seems counter-intuitive, but occurs regularly.

Even so, the report suggests that the MEC and her officials were well aware of problems associated with their hurried decision to transfer patients. They were repeatedly warned by numerous people and organisations that the consequences could be fatal.

To what extent should she be held responsible – even legally liable for the deaths of the 94 patients?

Let me be clear I am not a lawyer and have no legal training so my questions are simply that – just questions.

The Oscar Pistorius murder case sheds light on the question of liability, highlighting the distinction between dolus eventualis versus dolus directus.

Intent in the form of dolus eventualis or legal intention, which is present when the perpetrator objectively foresees the possibility of his act causing death and persists regardless of the consequences, suffices to find someone guilty of murder.

Dolus directus, on the other hand, is present

when the accused’s aim and object is to bring about the unlawful consequence, even should the chance of its resulting be small.

Is the MEC guilty of dolus directus? The answer must be no as she did not directly cause the unlawful deaths of the individual patients. Could she have foreseen the consequences of her decision and hence guilty of murder by dolus eventualis? This is a question that I believe should be answered by a court.

Culture of human rights under threat

South Africa fought a very hard battle to establish a culture of human rights. Politicians cannot simply resign and walk away. Accountability, where death has occurred on such a large scale, cannot merely be political. Proper legal processes must be followed and all those responsible be held truly accountable. No one, and especially politicians, is above the law.

In South Africa’s young democracy, the questions raised here must be asked and answered. If they aren’t, the tragic events such as this will happen again and those entrusted with the care of the most vulnerable of our society will be tempted to act with impunity.