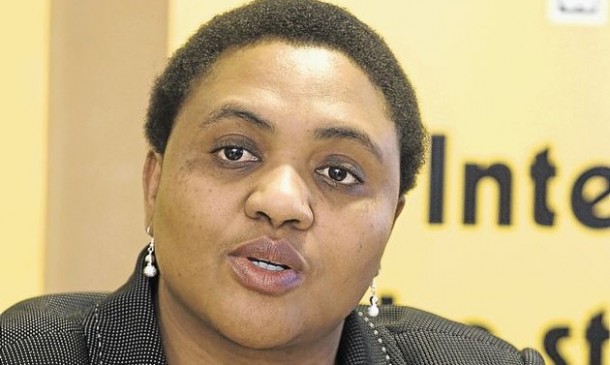 Some of the instigators of the deadly political violence that turned areas of Tshwane into no-go zones and left five people dead had been employed by the city through its mayoral jobs-creation programme – and feared that they would be fired if Thoko Didiza replaced Kgosientso Ramokgopa as Tshwane’s mayor.

Senior ANC members and municipal officials, who asked not to be named, told The Times that contract workers employed in the Koka Maoto and Vat Alles programmes were told they would lose their jobs if Ramokgopa were replaced.

The programmes, launched in 2007, deal with service delivery backlogs prioritised by the mayor. They employ people to clean cemeteries, cut grass and repair roads and other infrastructure.

“[The projects] were a good thing because they created employment. But [the workers] were morphed into some sort of private army. These workers were used . in factional battles,” said a senior ANC member.

When Didiza’s candidacy was announced, those in the programmes were coerced into carrying out the violence, he said.

“They were told that they were protecting their livelihoods because Didiza would shut down the programmes.”

The plan to destabilise the Tshwane municipality was reportedly hatched in a secret meeting held in Arcadia, Pretoria, after Didiza was named as the mayoral candidate.

The Times has learned that four of the 10 SA Communist Party members suspended pending an investigation into the violence were employed in the programmes.

The party’s Gauteng provincial secretary, Jacob Mamabolo, would not name those suspended, say what positions they held in the programmes, or discuss what charges they faced, and when they would be charged.

Donald Mothoa, the party’s deputy secretary for Tshwane, who has been employed in the Vat Alles programme since November 2015, is among those suspended. He has challenged the party to prove that the suspended members stoked violence and to take its evidence to the police.

“Failing to do so makes the party guilty of defeating the ends of justice. They have no evidence. This is a public relations exercise.”

Mothoa has been a thorn in the municipality’s side since 2014. He is alleged to have been behind protests mounted by hawkers against the city. The protests were over mayor Ramokgopa’s attempts to remove them from the city’s streets in a controversial inner-city clean-up project.

Mayoral spokesman Blessing Manale said the municipality had not launched its own investigation into allegations that municipal officials were involved in fomenting the violence.

“We do not know what judicial test the SACP used to suspend its members,” said Manale, adding that any municipal investigation would be an internal process.

Political economist Daniel Silke said the ruling party’s internal strife was borne out of entrenched factionalism, worsened by the upcoming elections. The violence was likely to continue as the ANC lost support because there were fewer job opportunities it could offer.

“This is a contest for positions up for grabs after the elections.”