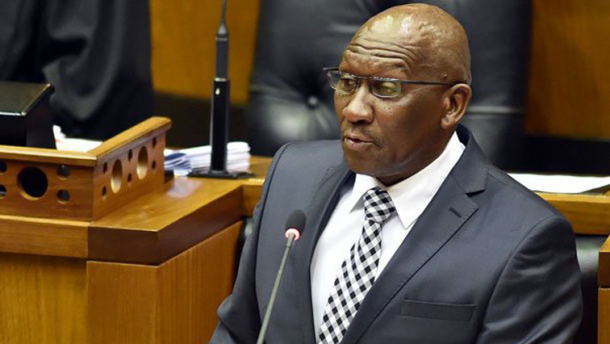 There’s a line between policing and politics and the two should never cross‚ Police Minister Bheki Cele told cops on Friday.

Speaking in Pretoria he told new members of Public Order Policing Reserve Unit to be deployed across the provinces that police should distance themselves from politics‚ especially when responding to protests.

“Don’t ask for political affiliations when you are deployed to communities‚ just perform your duties to the best of your abilities. Leave politics to politicians‚” Cele said in a statement prepared for delivery at the event.

He said that police have a duty to serve and protect and should do so without taking any lives‚ unless lives are threatened.

“I am not calling for police to be trigger-happy‚” Cele said. “Public order policing is for the minimum force levels response and the force levels increases depending on the situation at hand.”

Cele reminded officers to remain true to their oath of office and avoiding situations that tainted their reputation.

“We will walk the streets of the so-called no-go areas. We will clean the streets and we will continue to do this until the people of South Africa say ‘we are safe’ and that they feel safe.” – TimesLIVE