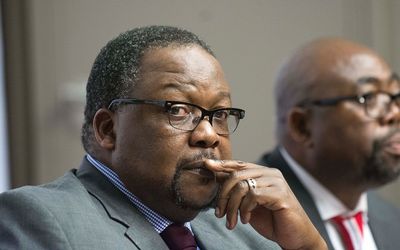 Police Minister sets up team to clamp down on political killings

We have noted with serious concern the incidents of killings particularly where political figures are victims or where the killings are being linked to the upcoming local government. A situation like this cannot be allowed to continue especially in the context of democracy‚” he said.

To counter this‚ a multi-disciplinary task team has been set up to investigate the killings and where possible‚ to prevent the killings from happening.

The team will be made up of members of SAPS from different units including Crime Intelligence‚ Detectives‚ Directorate for Priority Crime Investigation (Hawks) and other specialized units like Forensics.

The Minister called on all members of the public or political parties‚ who have the information on the killings to make the information available to the police so that these can be investigated quickly and thoroughly.

“We appeal to all responsible South Africans who value their democracy to ensure that this situation is not allowed to continue by giving information at their disposal to the police so that these killings can be stopped and for perpetrators to face the full might of the law‚” said Nhleko.

He added that he had received assurance from the Acting National Police Commissioner that these cases will receive priority attention.

“With the heated temperature because of the upcoming elections‚ we are appealing to all to refrain from instigating violence or to use language that may be deemed to incite violence.

“This is also an appeal to political leaders and parties to give democracy a chance and allow all to exercise their political freedom as enshrined in the Constitution‚” he said.