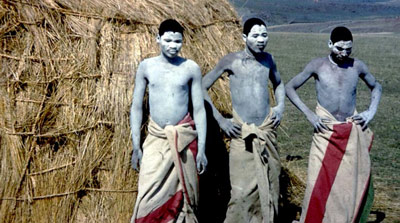 Police have sent a strongly worded warning to parents and school operators in Limpopo ahead of the initiation school season.

In a statement on Wednesday‚ police said that no child must be sent to an initiation school forcefully and without the permission of parents. If this is not adhered to‚ responsible individuals should prepare for kidnapping charges to be laid against them.

“All parents are advised to take full responsibility of their children’s safety during this period.

“Any incident of kidnapping and assault emanating from these schools must be reported to the local police station immediately.

“The police in conjunction with other stakeholders such as the traditional leaders and the department of Cooperative Governance‚ Human Settlement and Traditional Affairs‚ will work tirelessly to prevent any criminal activity [from happening].

The owners of initiation schools were also encouraged to cooperate with the police throughout the season and to manage their staff responsibly.

“We are going to leave no stone unturned to make sure that we have got a crime-free season‚” said provincial police spokesperson Lieutenant-Colonel Moatshe Ngoepe.

Deputy co-operative governance and traditional affairs (Cogta) minister Obed Bapela said in a statement in July last year that the national death toll of initiates had increased to 16.

“This is a national crisis looming before our eyes and a complex matter that needs all stakeholders to work together in preserving our cultural heritage from being hijacked by criminals‚” he said.