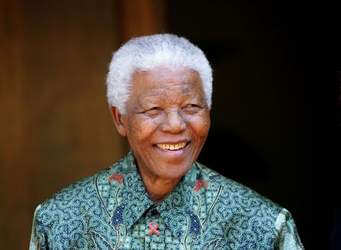 Late former president Nelson Mandela’s gravesite in Qunu will be open to the public after planned construction at the site is completed.

Former cabinet minister Tokyo Sexwale revealed this yesterday in Orlando East, Soweto, where the Nelson Mandela Foundation announced its plans to mark the icon’s centenary in July next year.

Sexwale, part of the foundation’s 10-member board, said there were plans to build on the site of Mandela’s grave and open it to the public.

Mandela was buried on his sprawling Qunu homestead outside Mthatha in the Eastern Cape in December 2013.

Sexwale told the gathering that he visited Mandela’s grave a few weeks ago with his widow Graca Machel.

Qoboshiyane, who is also Eastern Cape rural development and agrarian reform MEC, said the provincial cabinet had approved the Qunu urban development and that Mandela’s birthplace, Mvezo, and his home village would form part of the liberation heritage trail including Chris Hani’s birthplace in Cofimvaba and Oliver Tambo’s in Nkantolo, Mbizana.

Other activities and events planned for Mandela’s centenary include the publishing of a sequel to the former ANC president’s autobiography Long Walk To Freedom which will include his presidential years.

The foundation’s chief executive Sello Hatang said the sequel would be published before the end of the year and that Mandela never completed the book. “It was finished for him,” he said.