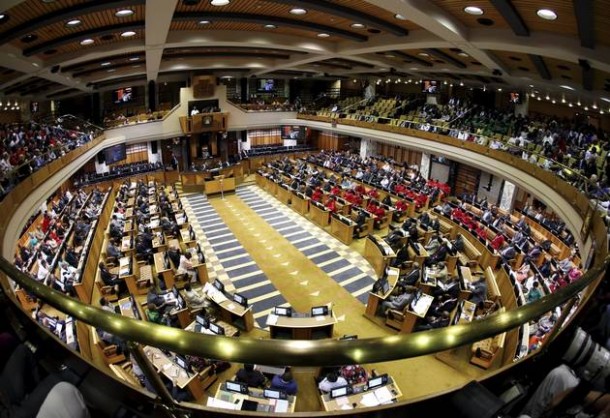 Public servants may soon be offered voluntary severance packages to reduce the government’s R550-billion wage bill and police are set to shed 3000 jobs over three years.

National Treasury and the Department of Public Service and Administration (PSA) are working with other state departments to reduce their head-count including testing the idea of voluntary severance packages.
The 2017 budget review proposes reductions to the public service wage bill of an additional R1.4-billion-R437-millionin 2017/2018,R471-million in2018/2019 and R497-million in 2019/20.
The government wants existing head-counts and recruitment to be managed within the adjusted ceiling.
The estimates of national expenditure released yesterday show that the SA Police Service is set to reduce its personnel numbers from 194431 in 2016/2017 to 191 431 in 2019/2020.
However, the reduction in personnel numbers is not expected to reduce performance as most of its performance targets in relation to the investigation and detection of crime will remain constant over the same period. The reduction is being done to keep spending within compensation of employees ceiling approved by the cabinet in last year’s budget.
Police spend a significant proportion of their budget, about 76.4%, on compensation of employees.
The Treasury director-general Lungisa Fuzile said the keeper of the country’s purse had started a process with the PSA to look at what exists in terms of the law that would assist in curtailing the wage bill. According to Fuzile, compensation of employees accounted for about 36% of the government’s total expenditure.
In the current financial year, public servants’ salaries cost just above R512-billion and this is expected to rise to over R550-billion in 2017/2018. Fuzile said existing legal framework allowed for voluntary severance packages.
He said in the next two financial years the government’s 1.3-million-strong workforce would be reduced by natural attrition.
In its budget review, National Treasury noted that the 2015 wage agreement with unions representing public servants put significant pressure on public finances by crowding out spending on goods, services and infrastructure.
The three-year agreement only ends in March next year and negotiations for a new deal is scheduled to start later this year.
Also in the Treasury’s budget review is an admission that lower wage increases and bonuses have reduced personal income tax collection.