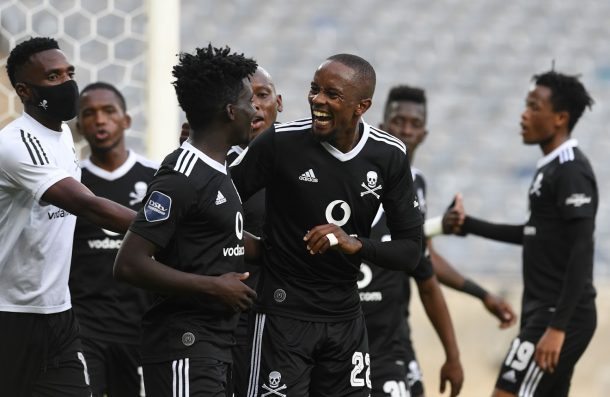 Orlando Pirates will probably argue otherwise but they are unlikely to have spent sleepless nights agonising over visitors Jwaneng Galaxy as they prepared for the Caf Confederation Cup play-off return leg meeting between the two sides at Orlando Stadium on Sunday afternoon.

The Bucs laboured in the initial stages of this encounter but finally put the Botswana side out of their misery when they emerged 1-0 winners on the afternoon and 4-0 victors on aggregate to qualify for the lucrative group stages of the continental tournament.

If truth be told‚ Pirates finished the job with their 3-0 away win in the first leg in Gaborone a week ago and any hopes of a unlikely comeback at Orlando Stadium were finally doused when regular Galaxy tormentor Linda Mntambo gave the home side the priceless lead in the 55th minute.

Mntambo must be the source of countless nightmares for those who pledge allegiance to the Galaxy colours as he was among the scorers in the first leg a week ago The visitors must be sick of the sight of the midfielder as he once again coolly composed himself to beat goalkeeper Ezekiel Morake from close range.

Galaxy had appeared to hold their own during a largely open first half and even managed to threaten on occasion as they bravely sought an unlikely haul of goals that would have brought them back into this match.

And perhaps motivated by Pirates coach Josef Zinnbauer’s decision to stick to his guns and continue to rotate his squad‚ Galaxy often stood their ground as the home side searched for an effective route to Morake’s goal area.

Only Mntambo and Thulani Hlatshwayo returned from the first leg and Pirates’ Southern African neighbours visibly grew in confidence as the match progressed‚ and even managed to give Bucs keeper Siyabonga Mpontshane a fright when a free kick rattled the woodwork in the 30th minute.

That chance spurred Pirates into action and they should have made better use of the gilt-edged chances they subsequently created‚ most notably from Jean-Marc Makusu Mundele‚ who could not find a way past Morake after linking up very well with Austin Muwowo.

After going into the halftime break still goalles‚ Pirates finally sprung into life and that man Mntambo delivered when it mattered.

The goals avalanche that many predicted never came at Orlando Stadium and Pirates will need to deliver the killer blow at home when they are confronted by more dangerous sides in the group stages.

Pirates’ goals in the first game were scored by Thulani Hlatshwayo‚ Mntambo and Mundele.