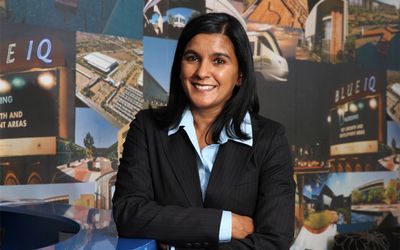 Pikitup MD Nair gets the boot

Pikitup’s controversial MD Amanda Nair has been let go‚ the board announced on Friday.

The utility tweeted via Pikitup @CleanerJoburg: “Pikitup Board decided that to end it’s relationship of employment with MD‚ Ms . Nair‚ with immediate effect.

Nair was placed on special leave in July and was to face an enquiry.

Nair has been a constant source of unhappiness for the South African Municipal Workers Union which has often included a demand for the removal of the MD over allegations of corruption in its industrial action demands.

As a result‚ an independent forensic investigation into the Samwu’s allegations was held in June and its findings given to Nair. She faced eight charges relating to the recruitment and remuneration of employees and three charges linked to procurement.

The board said the relationship of trust between it and Nair has broken down irreversibly‚ describing correspondence with Nair has having “become increasingly vexatious‚ politicised and hostile to the board and the City.

“In similar vein it is clear that Ms Nair would have considerable difficulty in creating a relationship of trust with organised labour‚ and providing the leadership necessary to create harmonious workplace relations‚” the statement read.

The board wished Nair well in her future endeavours.