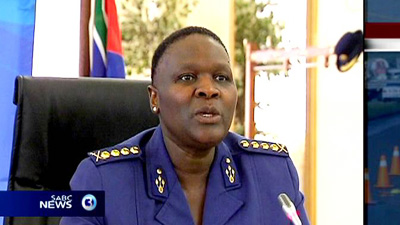 The public hearings into the fitness of Police Commissioner Riah Phiyega to hold office were adjourned on Friday after the evidence leaders presented evidence from two witnesses.

The defence did not present any witnesses.

Claassen Board of Inquiry spokesman William Baloyi said oral arguments by both the evidence leaders and the defence teams would be for three days‚ from June 1.

The board‚ headed by Judge Neels Claassen‚ began proceedings on Tuesday and heard evidence from Captain Monwabisi Ntlati and Captain Lindela Mashigo.

President Jacob Zuma established the board of inquiry last year following recommendations by Judge Ian Farlam in the Marikana report.

Ntlati was a commander of the police tactical response team involved in the Marikana shootings.

He testified that commanders were told in an urgent briefing at Joint Operation Centre set up at Lonmin on August 16 that national management had ordered the dispersing and disarming of the miners gathered at Wonderkop koppie.

Phiyega claims to have forgotten the details of the meeting in which the decision to disperse and disarm the miners was taken‚ saying she did not have a “photographic memory” and could not recall “pedantic details” about what happened in the meeting.

Mashigo‚ a former brigadier responsible for media liaison‚ testified about how Phiyega dictated changes to an original media statement that referred to two scenes at the Marikana tragedy‚ insisting that reference be made to only one.