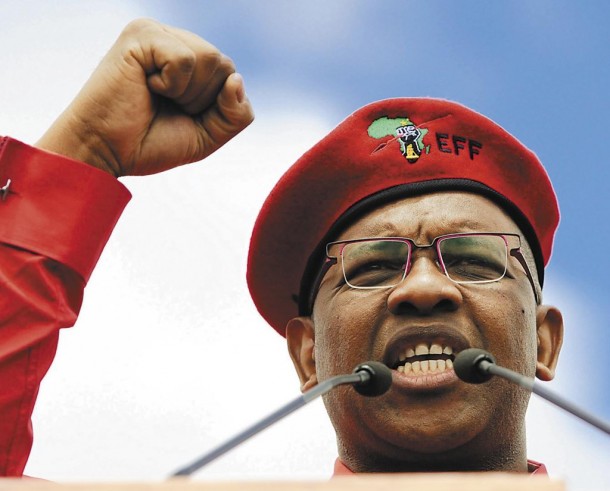 The People’s Assembly has taken a resolution to fight for the country’s democracy.

This will start with a programme of mass action which will be rolled out on Freedom Day to remove President Jacob Zuma.

Speakers told the gathering at the University of Johannesburg Soweto Campus in Pimville that there was a need to intensify the #ZumaMustFall campaign. Calls were made for the programme of mass action to start with immediate effect. United Front coordinator Dinga Sikwebu said South Africa was at crossroads.

“More than 50 years ago, our organisations and leaders said that the time comes in the life of any nation where they have two choices to [either] submit or fight. We have reached that T-junction. We as a nation must make a decision whether we fight or submit,” he said.

Civil society organisations formed an alliance earlier this month following the Constitutional Court judgment on the Nkandla saga. The highest court last month found that Zuma had failed to uphold the country’s constitution.

The event was attended by hundreds of people from all walks of life, including ANC veterans, church leaders and politicians. UDM leader Bantu Holomisa, Cope president Mosiuoa Lekota and EFF national chairman Advocate Dali Mpofu were present. As was Ronnie Kasrils, a founding member of Umkhonto we Sizwe and former minister of intelligence. More than 70 civil organisations were represented. Lekota said SA did not have a president and that the National Assembly should be dissolved and allow for early national elections. Mpofu said there was no political party that could free people.

Lebohang Phanyeko of #OutsourcingMustFall movement said the assembly needed to think about who should replace Zuma.

“We must also bear in mind that if Zuma falls, the ANC will tell us that we are going to replace him with the deputy president.”

” Zuma is not a problem alone. The problem is the entire ANC. If Zuma goes, the ANC must go.”

Lucky Malebo of the People’s Movement said political parties should dissolve and unite.