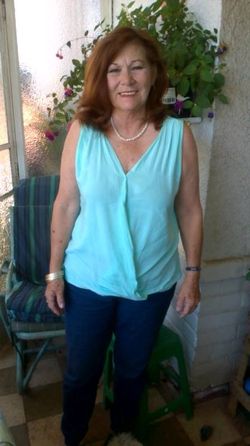 Retired KwaZulu-Natal estate agent Penny Sparrow has been ordered to pay R150‚000 to the Oliver and Adelaide Tambo Foundation after being found guilty of hate speech.

In his judgment‚ Equality Court magistrate Irfaan Khalil said the words posted by Sparrow on her Facebook page on January 3 constitute hate speech and were a serious affront to human dignity and black people in general.

She has 60 days to comply with the judgment.

Sparrow was also interdicted and restrained from publishing propagating‚ advocating or communicating hate speech in the future.

“Those who think they can make racist remarks won’t get away. You can run away but you can’t run away from the court.”

Sparrow‚ who caused an outcry on social media after calling black people “monkeys”‚ was a no show in the Equality Court in Scottburgh on the KwaZulu-Natal south coast on Friday. She went to ground immediately after a storm over her racist remarks.

Her daughter‚ Charmaine Cowie‚ told the Equality Court her mother couldn’t be present in court because she feared for her life.

The case went ahead without Sparrow being in court.

Cowie said her mother was sick and had diabetes.

She also said her mother is a pensioner who is divorced and is officially homeless.

“With it came a great deal of hurt‚ suffering‚ shame‚ embarrassment and anger for South Africans of all races.”

He said there had been a dramatic increase of reported incidents of open racism and hate speech in South Africa.

“The South African Human Rights Commission has publicly reported that in this year alone‚ over 230 cases of racism were registered with the commission. There can be little doubt that there are many other instances of racism that are never reported and which never reach the public domain.”

The clerk of the Equality Court was directed to submit the matter to the directorate of public prosecutions for consideration regarding instituting criminal proceedings.

Sparrow was ordered to pay the costs.