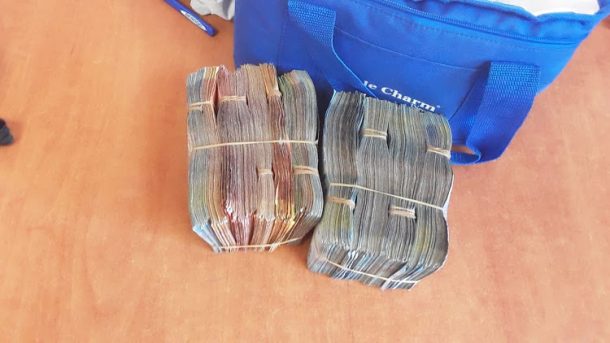 A pedestrian was arrested along the N1 between Musina and the Beitbridge border post in Limpopo after police opened his cooler bag and found it stuffed with R100 and R200 notes.

The 57-year-old man‚ who was nabbed on Tuesday‚ is expected to appear in the Musina magistrate’s court on Thursday to face a charge of contravening the Customs and Exercise Act.

“The suspect was walking with other pedestrians when he was spotted by the police while carrying a portable blue cooler bag and stopped him.

“Police searched him and discovered a large amount of cash packed inside the cooler bag the origin of which he failed to explain and was immediately arrested.”

“Preliminary investigations at the scene revealed that the suspect was in the country illegally and the money was not declared at the border post‚” said Seabi.