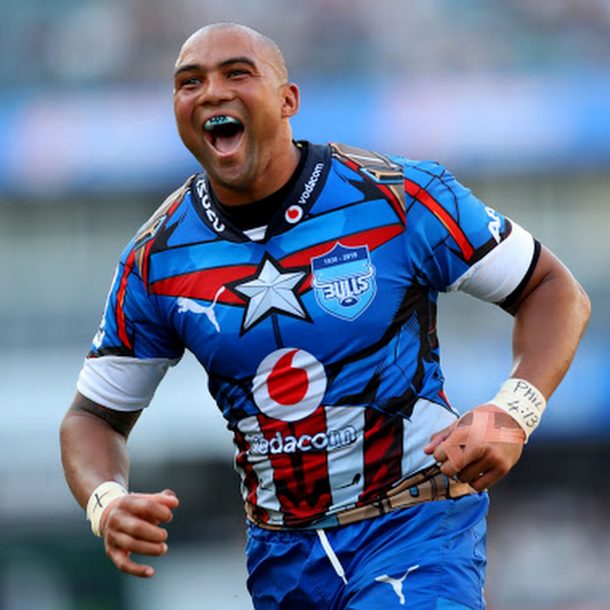 Cornal Hendricks’ miraculous comeback may have confounded many but his former coach at the Blitzboks Paul Treu took the news in his stride.

Hendricks‚ who helped the Bulls claim the Super Rugby Unlocked as well as the Currie Cup titles‚ had missed the three previous seasons because of a heart condition.

He was told that the heart defect would preclude him playing again‚ but the Springbok wing was given the green light to kick-start his career and the Bulls tossed him the jumper cables.

There were sparks and Hendricks positively purred in his comeback season.

Treu‚ who plucked Hendricks from the relative obscurity of the Boland Academy to join his outfit at the start of his career‚ believes the qualities that first caught his eye have endured.

“That step off his left foot is still the same‚” enthused Treu.

“His step‚ hand-off‚ offload was his trademark and that has remained. That is so difficult to defend because he has such an unpredictable running style. He is deceptively fast.”

Treu then made a remark some might find a little lofty in its praise of Hendricks.

“He has a bit of Sonny Bill Williams in him in his offloads but that is perhaps underutilised.”

Well‚ Bulls director of rugby Jake White was equally lavish when he spoke in reverence of Hendricks’ qualities.

“He’s been phenomenal. He’s probably been our best player. He’s got a great appreciation of space and understanding of what guys in the midfield need to do‚” said White.

What has made his comeback more remarkable was that White moved him from wing to centre. Hendricks knew a thing or two about straight and hard having played centre in his formative years at the Boland U21 and Academy where he played alongside Willie le Roux.

He was then persuaded to join the Sevens’ ranks.

In that regard Hendricks feels the experience he gained on the Sevens circuit‚ before reverting to the 15-man with the Cheetahs improved his game immeasurably.

He has spoken fondly about how the Sevens’ circuit helped give him a more rounded game. It sharpened his sense of personal responsibility and what happens in his channel and proximity.

“The Sevens meant a lot to me‚” Hendricks said in an interview when he was still playing for the Springboks.

“Your individual skills improved a lot. Your defence one-on-one‚ my rucking skills and also to weigh up space when you are one-on-one. That has been amazing. You see things that another person won’t see.

“Sevens made me a better player and a better person. Your inter personal skills and being humble‚”

Sevens also helped drive home the virtues of discipline. “Discipline is very important for a sportsman‚” said Hendricks. “If you don’t have it things are going to get tough. You may be a top talent or the best in your position but without discipline you will struggle.”