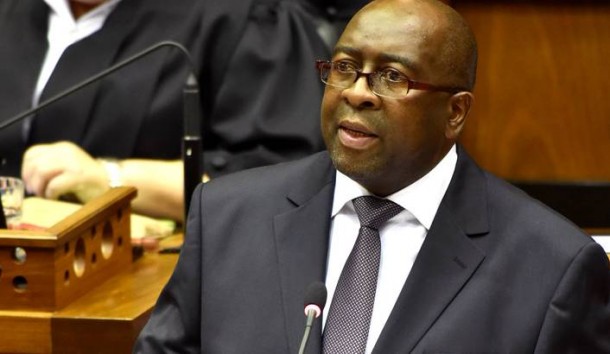 “The battles the students are fighting are our battles. The money is not only with the Treasury. It is for all of us to come together. Ultimately‚ if the nation pays‚ the money will have to be found among ourselves‚” Nene said.

He was speaking on Tuesday at the Gordon Institute of Business Science (GIBS)‚ where he was a panellist in a discussion hosted by the GIBS ethics and governance think-tank.

Across the country protests by students calling for free education under the Fees Must Fall campaign entered a third day on Wednesday.

In Pietermaritzburg‚ students at the University of KwaZulu-Natal marched to the provincial legislature‚ refusing to accept a proposal by Higher Education and Training Minister Blade Nzimande that fees be hiked next year.

But Nene‚ speaking after the GIBS panel discussion‚ said parents “can’t just stand there and say they (students) are fighting our cause”.

He said that ultimately‚ parents were responsible for the bill. “You are paying. So‚ you actually need to take an initiative to make sure we resolve this crisis and resolve it amicably. That we all take full responsibility.”

Nene‚ now an adviser to Thebe Investment Corporation‚ added: “As parents‚ we must be prepared either to pay more taxes in order to raise the money or to actually forfeit or sacrifice some of the nice projects we would want‚” reports Business Day.