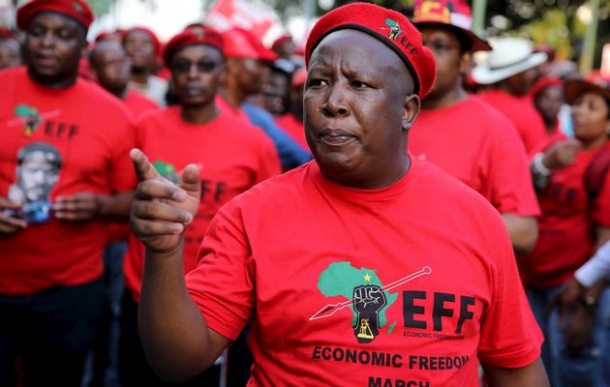 ‘Our vote is not a gift’: Mashaba won’t talk coalitions with DA unless the EFF is present

ActionSA has vowed it will not go into any further coalition talks with the DA without Julius Malema’s EFF.

Speaking to the media on Tuesday afternoon in Tshwane‚ Mashaba said the votes that his party and the EFF gave to the DA were not for free.

Mashaba and the EFF shocked many on Monday when they helped install DA mayors in Johannesburg and Ekurhuleni.

The two parties were expected to do the same in Tshwane on Tuesday afternoon‚ where DA mayoral candidate Randall Williams should clinch the mayor’s chair from the ANC’s Frans Boshielo.

“One thing I want the DA to understand‚ our vote is not a gift to them. The vote that we are going to give them today‚ we gave them yesterday‚ is not a gift‚” said Mashaba.

His about-turn came as a shock because he had told the Sunday Times that he felt double-crossed by his former party when it announced it was rejecting a deal that would have made him Johannesburg mayor‚ without telling him and other possible coalition partners.

The DA had also made it clear that it would not work with the EFF after the elections.

“It is our right to protect this country and not really be abused by anyone. And I want the DA to really understand that if they want to talk to us as ActionSA‚ please call us with the EFF — because it’s not only ActionSA that voted for you‚” said Mashaba.

He said he did not trust the DA to talk to them on his own and called for their next meeting to be recorded.

“I have got two weeks of negotiating and negotiating in bad faith. I am not prepared to take any more chances with them‚” said Mashaba.

He said the DA was yet to call on his party to discuss how they would work together.

Mashaba called for the DA to humble itself‚ saying they felt superior.