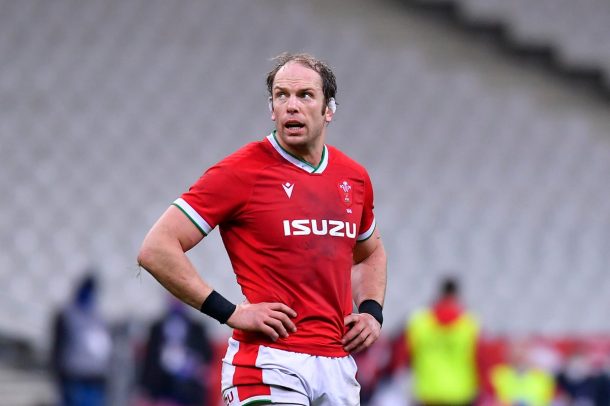 Original tour captain Alun Wyn Jones will return to the British & Irish Lions tour group after being given the all clear to do so.

Jones injured his shoulder in a warm-up match against Japan in Edinburgh before the team flew to South Africa and it was initially feared he would miss the entire tour.

Wyn Jones has‚ however‚ recovered from the ailment and was put through his paces with the Wales squad before a thorough medical confirmed he was fit to tour.

“We are delighted to welcome Alun Wyn back‚” said Gatland.

“It’ll come as no surprise to anyone who knows Alun Wyn that since injuring his shoulder against Japan‚ he’s done everything he can to get himself back.

“It’s remarkable really when you consider it’s just 18 days since he left us in Edinburgh‚” said Gatland.

Earlier in the week Gatland poured cold water on the idea of a second consecutive match against South Africa A leaving the Bok brains scrambling to find a suitable opponent amid strict Covid-19 protocols.

The SA A side‚ or in this case a shadow Springbok team‚ will now more than likely play the Bulls in Cape Town as a curtain raiser to the Lions’ clash with the Stormers on Saturday.

With the Springboks in desperate need of more game time ahead of the start of the Test series Saturday week‚ national director of rugby Rassie Erasmus was keen to have the SA A team‚ with a strong Springbok presence‚ front up against the tourists again on Saturday.

But the Lions are due to play the Stormers‚ itself a rearranged fixture‚ and have politely declined Erasmus’ advances for a game against the SA A side on Saturday.

The Boks are desperately short of a gallop having played just one Test since winning the 2019 Rugby World Cup. They played Georgia at Loftus but the second Test scheduled for Ellis Park was cancelled on account of a Covid-19 outbreak.

The Lions also had to make changes to their build-up for the first Test when their match against the Bulls was cancelled because of Covid cases in the hosts’ ranks. The tourists instead played the Sharks for a second time last Saturday.

SA Rugby are yet to confirm the SA A team’s clash against the Bulls who are said to have arrived in Cape Town.