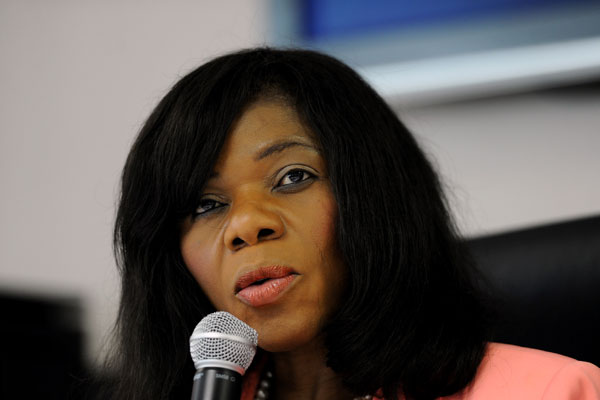 Opposition parties slam ANC for not apologising to Madonsela

The ANC came under fire by opposition parties in Parliament on Tuesday for refusing to apologise to Public Protector Thuli Madonsela for its “abysmal” and “disgraceful” treatment of her on the Nkandla debacle.

The Democratic Alliance’s shadow minister of justice‚ Adv Glynnis Breytenbach‚ said the debate on the department of justice and constitutional development vote had come at a “most inopportune” moment for the majority party.

It came at a time when the ANC had demonstrated rather publicly an obstinate refusal to admit that they it was wrong‚ that it had misinterpreted – “deliberately I would say” — vital legislation and the country’s constitution.

“Not only did ANC members of Parliament flout their constitutional duty when they voted to absolve President Zuma of his legal and constitutional responsibilities‚ they also aided and abetted him in abdicating his‚ and their own‚ responsibility to act consistently with the Constitution and to defend and protect the office of the Public Protector.

“Now‚ faced with an opportunity to partially redeem themselves by making a public apology to the Public Protector for the abysmal way they treated her‚ they unashamedly and in the most unbecoming and undignified fashion‚ refuse to acknowledge that they owe her and her office an apology at all‚” Breytenbach said.

“But not only have the ANC members of the Justice and Constitutional Development portfolio committee demonstrated an appalling lack of common decency‚ they are still trying to punish her office by pushing through a budget that is woefully inadequate for the needs of her office.

“It is clear that they hold the view that if they cannot defeat her in the courts‚ where they have failed spectacularly‚ then they will try and defeat her by starving her of resources‚” Breytenbach asserted.

“The ACDP also regrets that the ANC members of the Justice Committee were not prepared to apologise to the Public Protector for the disgraceful treatment meted out to her during last year’s budget hearing. Adv Madonsela stated in her complaint at the time that in her more than five years in office‚ she had never been treated in such a manner.

“The meeting was in her words ‘inexplicably unpleasant‚ even hostile’. We agree. Rudeness can never be passed off for robust engagement

“This was inexcusable given the status of this important institution. One must see this against the broader vilification of the Public Protector at the time‚ including her being accused of being a CIA agent. This was all a clear attempt to intimidate her office after her Nkandla Report‚” Swart stated.