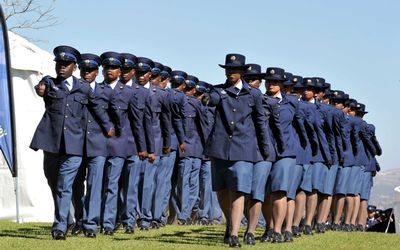 The two, along with the late chief support officer Hennie Bezuidenhout, have been fingered by a Council for Medical Schemes (CMS) investigation which uncovered misappropriation of funds on overseas trips with their wives to the Netherlands, Spain, Vietnam, Australia, the US and other countries.

They also lived it up at the Cape Town International Jazz Festival and the Durban July on all-expenses-paid trips, staying at five-star hotels with spouses and each driving a rented car thanks to the hospitality of the then scheme administrator, Metropolitan Health, between 2007 and 2014.

“The scheme paid for attendance of spouses. This includes their air- fare, extra hotel costs and entertainment. In our opinion this is unacceptable and the monies so spent must be recovered from the executives,” said the CMS in its report.

The investigation also uncovered nondeclaration of expensive gifts from Metropolitan Life. According to the CMS, there was a clear conflict of interest that could have led the executives and the board of trustees not to act in the best interest of the more than 200,000 scheme members.

The board’s former chairman, Lieutenant-General Nkrumah Mazibuko, who allegedly unduly benefited from gifts and trips costing hundreds of thousands of rands, resigned from the police two years ago.

According to the CMS report, which the Sunday Times has seen, Mxenge and Mazibuko benefited the most from gifts from Metropolitan. Between 2007 and 2014, Mxenge alone had enjoyed hospitality from Metropolitan worth more than R162,000 while attending the Cape Town Jazz Festival, the Durban July and other events.

Mxenge declared that he had received 2010 Soccer World Cup tickets worth R32000 but failed to disclose a R30,389 flight ticket and accommodation for a trip to the American Health Plans Conference, paid for by Metropolitan in 2009

Polmed, which is worth more than R1-billion, went through financial difficulties in 2009 but is said to have recovered.

It is also alleged in the report that the three executives manipulated Polmed’s budget, pocketed money from the scheme and extended their stays. CMS has recommended that Polmed lay criminal charges against the executives involved, for fraud.

South African Policing Union spokesman Mpho Kwinika said the union had been vindicated by the findings of the CMS as it had been complaining about the misappropriation of members’ funds.

Metropolitan Health spokes-woman Hannah Deall said they had “responded and co-operated with the CMS in detail on all allegations during their investigation in 2015 and therefore we suggest that any queries are best directed to the CMS”.