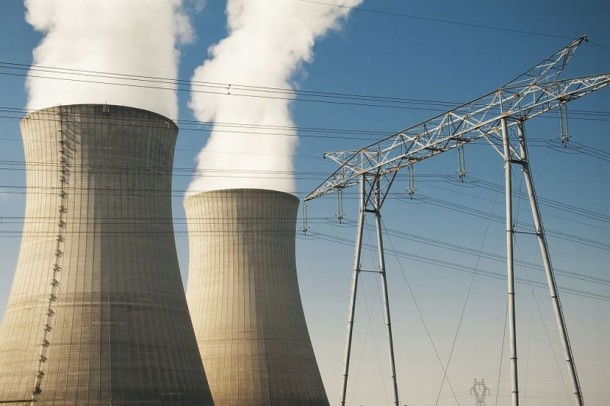 In a major reversal for Eskom’s nuclear plans‚ the Western Cape High Court has set aside the two determinations issued by former minister Tina Joemat-Pettersson which lay the basis for the nuclear procurement.

It is back to square one for the utility as the court found that the determinations relating to the construction of 9‚600MW of nuclear plants were unconstitutional and invalid.

It also declared the nuclear co-operation agreement signed between the South African and Russian governments to be unconstitutional and unlawful. This agreement is widely seen as laying the foundation for the involvement of Russian energy giant Rosatom in the South African nuclear build programme.

The first determination which was set aside was issued under section 34 of the Electricity Regulation Act and ruled that 9‚600MW was required and should be acquired by the Department of Energy. It was signed in November 2013 by then energy minister Ben Martins but gazetted only in December 2015. The second determination was signed in December 2016 by Joemat-Petterson and identified Eskom as the procurer of new nuclear energy.

Judge Lee Bosalek‚ with the concurrence of Judge Elizabeth Baartman‚ also found that the request for information issued by Eskom in December last year was unlawful and unconditional and it was set aside.

The request for information‚ which closes at the end of this month‚ would form the basis for a request for proposal and for the procurement of 9‚600MW of nuclear energy.

In a written judgment handed down on Wednesday‚ Judge Bosalek declared that the manner in which Joemat-Pettersson had tabled the nuclear co-operation agreements with the US‚ Russia and Korea in Parliament was unconstitutional and unlawful‚ and set aside them aside.

The nature of the agreements meant they had to be tabled in terms of section 231 (2) of the Constitution‚ which requires the approval of both houses of Parliament‚ and not section 231 (3)‚ as the minister irrationally decided to do‚ the judge said. Tabling in terms of Section 231 (3) does not require parliamentary endorsement.

There were joyous scenes outside the court after the judgment was handed down in the case‚ which was brought by Earthlife Africa and the Southern African Faith Communties’ Environment Institute against the Minister of Energy‚ President Jacob Zuma‚ the National Energy Regulator of SA‚ speaker of the National Assembly Baleka Mbete‚ chairperson of the National Council of Provinces Thandi Modise and Eskom.

Spokespersons for the two organisations said the judgment would ensure there was proper oversight by Parliament and the people in the process of procuring of nuclear energy‚ which would have to be undertaken in an open and transparent process.

The two NGOs argued there had been no proper public participation or consultation process over the determinations‚ which were “irrational and unreasonable“. The government rejected these arguments on the ground that these determinations amounted to “executive policy“.

Judge Bosalek‚ however‚ said the determinations — which would have far-reaching consequences for the country — were not merely administrative decisions‚ and a “rational and fair decision-making process” was required before Nersa decided whether or not to concur with the minister’s proposed determination.

The National Energy Regulator Act required that decisions that materially and adversely affected the rights of others had to be procedurally fair. The regulator decided to concur with the 2016 ministerial determination by means of a round-robin exercise a mere three days after being asked to do so by Joemat-Pettersson.

“In taking the decision Nersa was under a statutory duty to act in the public interest and in a justifiable and transparent manner but also to utilise a procedurally fair process giving affected persons the opportunity to submit their views and present relevant facts and evidence. These requirements were clearly not met by Nersa in taking its far-reaching decision to concur in the minister’s section 34 determination‚” Judge Bosalek said.

He also ruled the two-year delay in gazetting the 2013 determination breached the minister’s decision‚ “thus rendering it irrational and unlawful“. The delay also violated the requirements of open‚ transparent and accountable government. The minister should have consulted with Nersa again in 2015 before gazetting the determination.

The government’s nuclear plans have been red-flagged by credit ratings agencies‚ which downgraded SA to junk status.

President Jacob Zuma has been determined to proceed with the nuclear build programme‚ despite critics saying it is not necessary and beyond the means of a fiscally constrained government. His stance led to the removal of Joemat-Pettersson as energy minister and her replacement by Zuma supporter Mmamoloko Kubayi in the recent Cabinet reshuffle that also removed Pravin Gordhan as finance minister.

The draft 2016 Integrated Resource Plan (IRP) says SA will not need new nuclear power plants before 2037‚ but until it is finalised‚ Eskom has been operating on the basis of the 2010 IRP‚ which proposes the construction of 9‚600MW in nuclear plants.

In December‚ the power utility issued a request for information‚ which closes on April 28‚ and by the end of June it planned to issue a request for binding proposals from potential vendors‚ provided it obtained the approvals to do so.