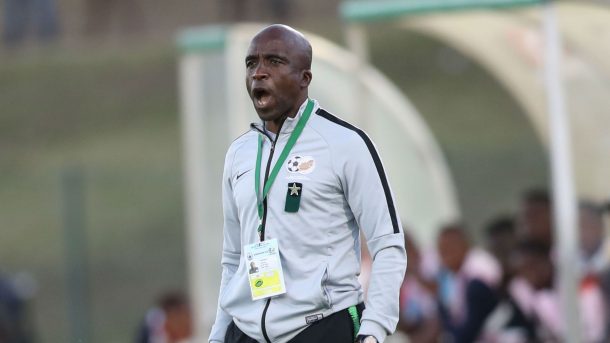 Under-23 coach David Notoane is already percolating a list of possible over age players to compliment his Olympic team squad but will make the decision in consultation with Bafana Bafana coach Molefi Ntseki.

South Africa’s Under-23 side‚ who have qualified to play at a second successive Olympic Games men’s football tournament‚ are allowed to use three overage players at the tournament in Japan‚ which starts in late July.

It will allow Notoane to strengthen his squad and add some star quality‚ but the Under-23 coach says he will make the decision in consultation with Ntseki because it must also fit in with the senior national team’s plans.

Notoane‚ who is still splitting his time between the part-time job with the Under-23s and his work at Mamelodi Sundowns‚ says the choice of the over age trio will be made with several factors taken into consideration:

“First it is the succession plan for Bafana Bafana; is it a player who will benefit from competing at the Olympics and take that forward with the national team‚” explained Notoane.

“Then we also have to look at the needs of our team and in which specific positions we feel we need to boost the side.

“We’d be looking for experience but also quality. We need here to talk of stature and star quality and what they can bring to our squad.”

Four years ago‚ when Owen da Gama took the Under-23 side to the Rio Olympics‚ he took just two overage players in Itumeleng Khune and Mulomowandau Mathoho to strengthen the side.

“Also‚ you have to think‚ is it someone who will fit in with the existing group dynamics. What will their attitude be playing alongside younger players?”

Notoane says quality over age players can take the pressure off the rest of the boys and “give us a glamour factor”.

“The other things is form. There is no point taking a big name but the player doesn’t have any form.

“These are all things we have to think about over the next months.”

Notoane has until July 6 to make his decision.

That is the date when he must submit his squad to FIFA.