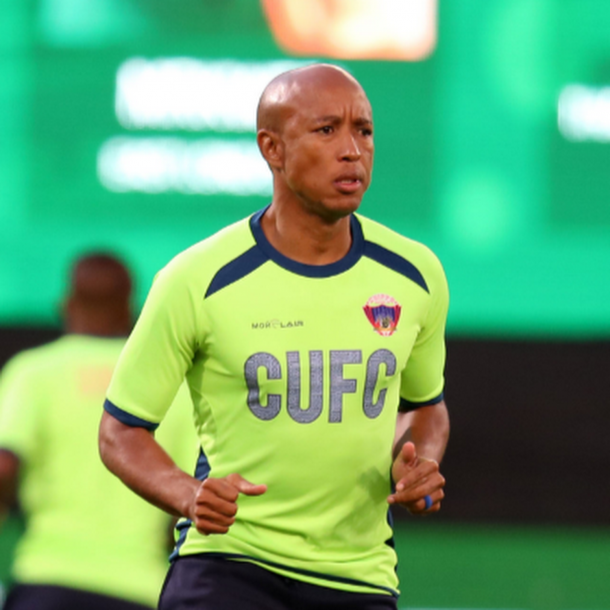 Chippa United caretaker coach Kurt Lentjies says he has hit the ground running as he looks to revive the team’s campaign after a stuttering start.

Lentjies‚ who was surprisingly appointed by club owner Siviwe Mpengesi to take over from suspended coach Gavin Hunt‚ believes knowledge of the players will stand him in good stead.

Lentjies‚ who was still a full-time player last week‚ has taken over with the club at 14th on the log and just seven points to show from 10 matches.

Chippa have only managed to score three goals‚ and Lentjies is aware that they have a mountain to climb to revive their campaign.

“It is obvious that we have to hit the ground running‚” said the 36-year-old Lentjies‚ who has played for Mamelodi Sundowns‚ Maritzburg United‚ Bloemfontein Celtic‚ and SuperSport United during a career spanning 13 years.

“My advantage is that I know the guys very well because I was their team mate a few days ago and I was in the changing room with them. I know them as human beings and as players. I think that will assist me going forward.”

Lentjies said it feels weird to be called coach by the players.

“This transition that I have made is not normal‚ because one has jumped from being a player to being a coach in an instant.

“I want to thank the Chippa players‚ because they respected me as a player‚ and I hope it will be easier for them to respect me as a coach now. Respect is the main thing; I give them the respect that I have always given them when I was playing and I am sure they will do the same.”

“I have been with the club for five years now‚ and when the chairman asked me to lead the club going forward‚ I consulted with my family and made the decision.

“People don’t know about it‚ but I took a break from playing football to do my Caf B and Caf C licences because you can’t do those things while playing‚ and I am qualified.

“I actually decided that I want to go into coaching at the age of 29 already‚ and the opportunity has arrived. I am 36 years old now‚ and I must be honest that I was one of the fortunate ones to still be playing at that age in the PSL.

“When an opportunity comes to make that step up into coaching‚ I just have to back myself and be brave and take it one day at the time‚ this is what I am doing.”

Lentjies has overseen a few training sessions where they have focused on the next few games‚ starting with Baroka at Peter Mokaba Stadium on Saturday.

“We have done a few sessions already‚ focusing on how we want the team to play for the next couple of games. I am working with Siya Gwambi and we have worked together well in the past.

“We are preparing for our next match against Baroka away at the weekend‚ and we know that there are no easy matches in the PSL. You can’t pick one team‚ because all the teams are not going to give you an easy victory.

“All the matches are tough‚ whether you are playing at home or away‚ but I know the guys and we should be aiming to win every single match.”