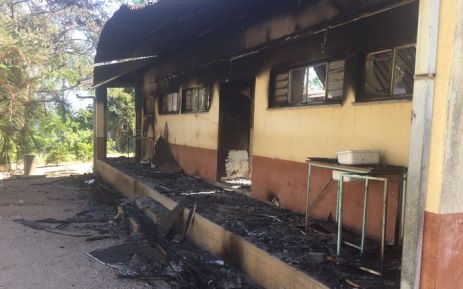 No hope of schooling resuming in Vuwani‚ commission told

The acting head of the Limpopo Department of Education‚ Beauty Mutheiwane‚ has revealed that there is no hope that schooling will resume in Vuwani.

Mutheiwane put it bluntly to the SA Human Rights Commission that the future of close to 42‚000 learners of Vuwani was bleak.

She emphasised that the situation was still tense and that the crisis was beyond the department.

“We can do all we can as the department to provide the mobile schools‚ try and get all resources but if the parents are not bringing their children back to our institutions it is going to be very difficult‚” she said.

She said the department’s responsibility was limited.

“We take responsibility for the children who are brought by the parents to our institutions‚ we cannot go beyond and force parents. It might be a different institution that can force the parents‚” she said.

When she was reminded by commissioners that some parents were not taking their children to school out of fear that their properties could be attacked by protesters‚ she said the element of safety rested with the police.

“It is not going to be possible for each house having police guarding it.”

Mutheiwane said parents who had ventured to take their children to schools outside the area were also intimidated.

“Those who have taken their children outside Vuwani have been intimidated‚ and the receiving schools have fears that if it could be known that they have accommodated learners from Vuwani they could also be targeted.”

Mutheiwa also revealed to the commission that the department approached the University of Venda to accommodate grade 12 learners‚ but the university expressed fears about the suggested plan.

Chairperson of the commission Lindiwe Mokate was worried that there was no indication that learners would return to school soon.

“Unfortunately we are at a stalemate point‚ it does not look like there is a breakthrough of any kind at this point‚” said Mokate.