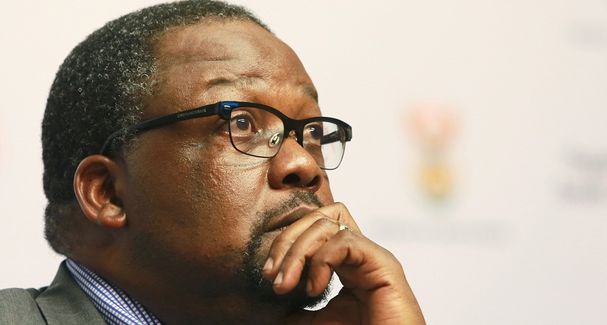 Nhleko stands by his Nkandla report despite ConCourt ruling

Police Minister Nathi Nhleko has come out in defense of his Nkandla Report despite the Constitutional Court ruling.

He ruled that President Zuma should have adhered to the Public Protectors’ recommendations without trying to second guess them by calling for several other reports into whether he unduly benefited from the non-security upgrades at his Nkandla private home.

Nhleko told Members of Parliament that he stood by his report which exonerated President Jacob Zuma of any wrongdoing.

Will President Zuma reprimand ministers involved in Nkandla saga as per ConCourt ruling?

In his report, Nhleko said that the amphitheatre, chicken run, visitors’ centre, cattle kraal and swimming pool ‘which he labelled ‘firepool’ all constituted security upgrades.

“I’ve never been found guilty of anything for that matter… that report as it stands, besides the Parliamentary ad-hoc committee, it has never been interrogated by anybody in this country because it is factually correct. It is research for that matter,” said Nhleko.

“Not even a court for that matter dealt with that report.”

Nhleko said that Chief Justice said Zuma must reprimand ministers who were involved from inception.

“There is no linen verse that says there is something wrong with my report founded by the Constitution Court, absolutely no such.

“Even on the question of reprimand, it referred to ministers associated wit the project at its inception. That’s where the issue is,” said Nhleko.