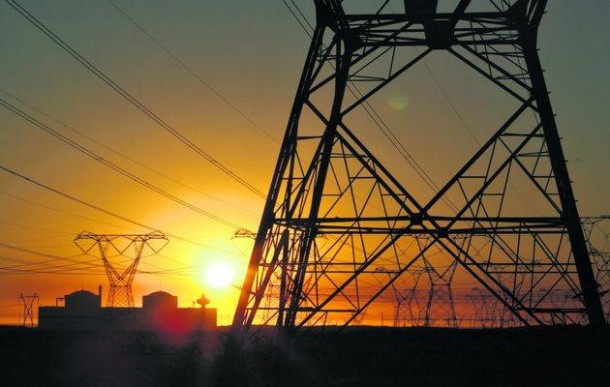 Eskom’s endeavour to pull out of a R5bn tender for fuel oil that it awarded to Econ Oil last November has been dealt a blow after independent adjudication found it was valid and enforceable.

TimesLIVE has seen an adjudication decision on the matter issued by senior counsel Kevin Trisk last Friday‚ which settles the months’ long dispute that has seen one non-executive director resign as well as threats of a defamation lawsuit against Eskom CEO Andre De Ruyter.

Trisk also awarded R21.6m in damages to Econ Oil in respect of four months of orders that Econ Oil was not given as per the contract requirements.

Econ Oil is owned by advocate Nothemba Mlonzi and has supplied fuel oil to Eskom since the early 2000s.

Eskom issued a statement earlier this year confirming it would cancel the five-year contract to supply 14 million litres a month to its power stations.

This was after it found evidence of irregularities‚ including collusion with Eskom employees and price-fixing suspected to include previous contracts dating back to 2011 worth a combined R15bn. Eskom previously said it was convinced that Econ Oil was allegedly involved in corruption that had resulted in the company overcharging the power utility to the tune of R500m.

Mlonzi has consistently denied all allegations of impropriety and laid criminal defamation charges against Eskom and De Ruyter.

On Monday afternoon Eskom refused to comment on the latest developments‚ and declined to confirm whether it had filed papers in its intended bid to have the courts declare the contract unlawful and invalid.

The adjudication was triggered by Mlonzi‚ as an agreed remedy in the contract‚ who argued that a letter of award and draft supply contract sent to her last November constituted a legally binding contract.

Eskom’s defence was premised on the fact that Trisk did not have jurisdiction to hear the matter because there wasn’t a valid contract and that a letter of award did not constitute a contract.

Trisk however found that a signed letter of award from Bheki Nxumalo‚ Eskom’s group executive responsible for generation‚ last November‚ contained two essential terms necessary for a contract to provide services: the description of the services and the amount of money to be paid in return.

He also questioned why Eskom did not approach the high court to set aside the contract or at least interdict performance or even the adjudication itself. “One would have expected‚ if the defendant was genuinely concerned by the claimant’s alleged non-disclosure‚ that steps would have been taken by it to set aside what‚ on its version‚ purported to be but was in fact not an enforceable transaction or that it would have sought‚ at the least‚ to interdict performance under what it believed was a fictitious contract‚” he said.

“The defendant’s contention … that a contract could not have come into existence until a document detailing the terms of such contract had been signed by the parties‚ is not persuasive‚” he added.

Trisk based his assertion on the fact that a letter of award had been signed by all parties‚ and that the contract envisaged by the letter of award was a NEC3 supply contract‚ the terms of which were publicly available.

Eskom’s intention to cancel the contract led to the resignation of former board member Sifiso Dabengwa‚ who accused De Ruyter of misleading the board about the tender. De Ruyter was recently cleared of the charge by an internal investigation.