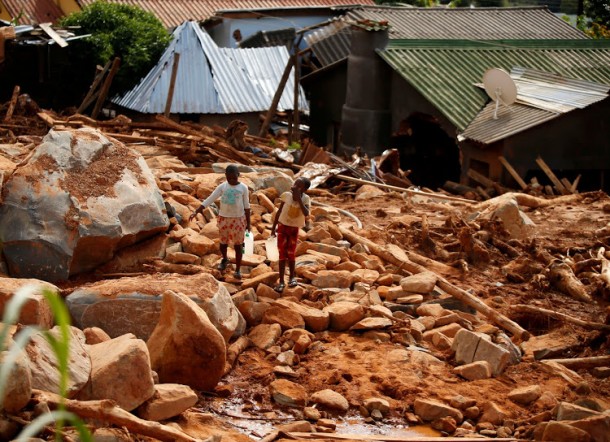 Nearly 500 dead in Mozambique in wake of Cyclone Idai

The death toll in the aftermath of Cyclone Idai‚ considered the most significant natural disaster in Mozambique’s recent memory‚ has risen to 446.

The weather system‚ which made landfall at the port city of Beira on March 14 ‚ brought with it a spate of flooding across the East African state‚ as well as in Malawi and Zimbabwe.

As the water recedes‚ disaster management authorities in the three countries are counting the human toll of the devastation.

Mozambique’s minister of land and rural development‚ Celso Correia‚ said the official body count had risen as military personnel and relief agencies extended their reaches to the remote expanses of Sofala province.

“We are monitoring the situation and‚ as time passes‚ we are able to get to the remote areas that have been affected. The official death toll out of Mozambique has increased from 417 to 446 lives that have been lost. The region‚ characterised by low-lying flatlands‚ became the epicentre of the natural disaster‚” Correia said.

The high-water mark in some areas rose by as much as 10m‚ while winds of nearly 300km an hour uprooted trees and stripped roofs from houses.

“We have done an assessment and the number of people that were affected is 513‚000 and these are preliminary numbers. Detailed surveys will likely have these figures change.”

The United Nations‚ in close contact with the Mozambican government‚ is co-ordinating the global response to the disaster.

SA’s defence force‚ as well as military contingents from Portugal‚ India and Jordan‚ have deployed personnel to help distribute aid.