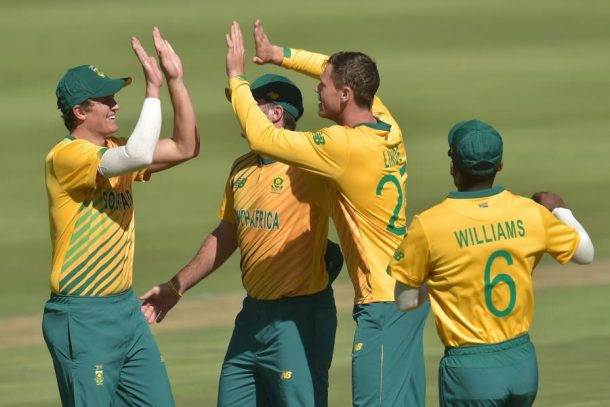 The new Cricket South Africa (CSA) domestic playing structure will be put into place after the organisation launched and conducted the draw for the inaugural 15-team provincial T20 knockout competition on Wednesday.

Under the new structure‚ CSA announced in March that the six-team franchise playing structure was dissolved and replaced by a 15-team first-class system.

The new format saw the teams split 8-7 into division 1 and 2‚ which will remain the same for the first two years‚ before an automatic promotion and relegation system kicks in.

Under the new structure‚ the calendar for division 1 will be similar to the previous franchise system where the eight teams will play four-day‚ one-day and the Twenty20 cricket‚ including the Mzansi Super League (MSL)‚ all in a single round.

CSA said at the time that the same eight teams will also compete in a domestic T20 knockout tournament with the seven teams from division 2‚ whose season will comprise of a four-day and one-day competition.

That T20 knockout tournament was launched on Wednesday‚ with pools for the inaugural provincial T20 knockout competition confirmed during a virtual draw.

The 15 teams across division 1 and 2‚ along with the SA U19s‚ were drawn into four pools of four each for the season-opening competition which will be held in Kimberley and Bloemfontein from September 24 to October 22.

Another co-host Itec Knights and another division 1 outfit Momentum Multiply Titans were grouped with division 2 sides Mpumalanga Rhinos and KZN’s Hollywoodbets Tuskers in pool B.

The SA U19s were drawn with North West Dragons‚ Hollywoodbets Dolphins (both from division 1) and another division 2 side‚ Eastern Storm in pool C.

CSA director of cricket Graeme Smith provided the wisdom behind the inclusion of the U19s.

“The inclusion of our national under-19 squad in this tournament provides a great opportunity for them to compete against strong opposition as they prepare for next year’s ICC Under 19 Men’s World Cup in the West Indies‚” said Smith.

CSA added that the T20 Knock Out Competition is one of two T20 tournaments that will feature as part the 2021/22 domestic season‚ with a premium T20 competition scheduled for later in the season.

The organisation did not state whether the premium T20 competition scheduled for later in the season would follow the same form as the MSL.

Final dates are yet to be confirmed.

Full list of pools: the number denotes the Division to which the team belongs.