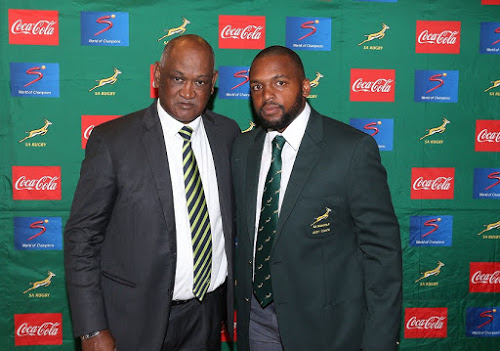 Mziwakhe Nkosi has been handed the reins of the Lions in the series of preparation matches‚ or Franchise Cup‚ due to start this weekend.

He will be in the hot seat when the Lions kick-off their campaign on Friday against the Pumas at Ellis Park‚ while regular coach Ivan van Rooyen will oversee proceedings as head coach of the Lions Rugby Company.

Nkosi‚ a stalwart in the Lions’ coahcing set-up is also a former SA Schools coach who operated for four-and-a-half years in that set-up. Nkosi who steered the Lions U-21 side to the final of the national tournament last year will have former Springbok prop Wessel Roux as assistant.

The Lions who will be captained by lock Reinhard Nothnagel on Friday has placed the accent on youth in the warm up matches. Tiaan Swanepoel‚ a regular at fullback in the most recent Currie Cup is at flyhalf. He will be partnered by Morne van den Berg.

With Swanepoel operating at flyhalf EW Viljoen gets a start at fullback‚ while another regular fullback‚ Divan Rossouw is on the left wing.

On their extended bench the Lions have included former Maties flank Ruhan Straeuli. Straeuli is the son of Lions company chief executive Rudolf Straeuli who represented the Springboks in the 1995 rugby World Cup.

Also on the bench is scrumhalf Dillon Smit who missed a large chunk of last season due to injury.