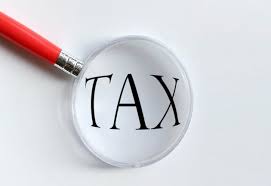 A Mpumalanga businessman has been charged for allegedly defrauding the SA Tax Revenue Service (Sars) of R230‚000.

Sibusiso Simon Mlambo‚ 37‚ sole owner of the Sbu Mlambo (Pty) Ltd‚ appeared in the Nelspruit magistrate’s court on Wednesday after the Hawks arrested and charged him for fraud.

“Mlambo was arrested by the Hawks’ commercial crime investigation after a warrant for his arrest was issued‚” said Hawks spokesperson Col Katlego Mogale.

“It is alleged that Mlambo submitted fictitious tax returns to Sars during the 2020 tax season on behalf of his company. Sars suffered an actual loss of R230‚000‚” said Mogale.

Mlambo was released on bail of R2‚000 and is expected back in court on September 29.