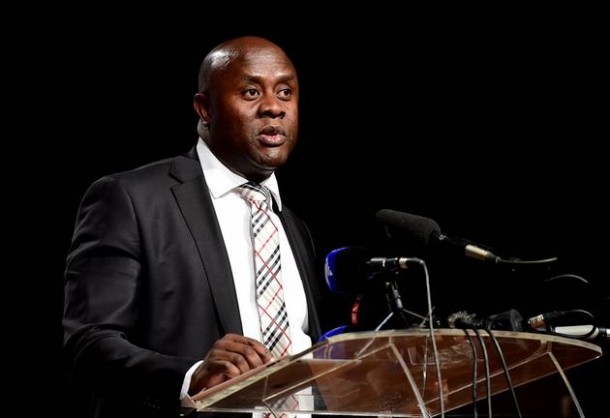 The South African Broadcasting Corporation is starting on a “new slate” and is in the process of filling of all vacant top management posts‚ says communications minister Ayanda Dlodlo.

MPs serving on Scopa have also called for the axing of acting SABC CEO James Aguma for allegedly lying to Parliament.

Parliament heard how Aguma deposed an affidavit in Hlaudi Motsoeneng’s latest disciplinary hearing‚ which was expected to start on Wednesday‚ where he claimed to have given the controversial SABC executive the authority to hold a recent media briefing that landed him in hot water.

Motsoeneng has been accused of bringing the SABC into disrepute after criticising the credibility and competence of some members of the interim board.

MPs called for Aguma’s removal‚ with one suggesting that he should also be charged criminally for allegedly lying to Parliament.

Communications minister Ayanda Dlodlo said the process of appointing a new chief executive at the SABC was already under way. “We’ve advertised. That process should be expedited for a shortlisting. We really want to start on a new slate‚” said Dlodlo. MPs were not impressed about Aguma’s absence during the meeting.

“He has disappeared again. We don’t take kindly to this sort of behaviour …. Where is Mr Aguma? We really need him with problems we’re sitting with‚” said the ANC’s Nyami Booi.

Deputy chairman of the interim board‚ Mathata Tsedu‚ said Aguma had booked off sick until Monday.