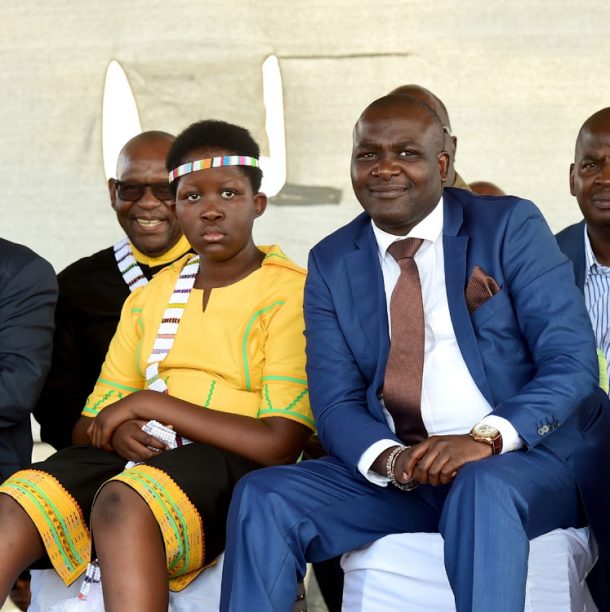 The Modjadji Royal Council in Limpopo held a briefing on Monday over a controversial ascension to the throne that caused a rift in the Modjadji royal house and the Balobedu nation.

Prince Mpapatla Bakhoma Modjadji said problems in the monarchy started shortly after the death of Queen Makobo Modjadji when there were paternity claims about her daughter‚ Princess Masalanabo.

“In 2005‚ after Queen Makobo Modjadji died‚ problems arose when David Mohale‚ who we thought was just a friend to Queen Makobo‚ instead claimed the paternity of Princess Masalanabo‚ daughter to Queen Makobo.

“Like I said before‚ this is a taboo according to our customs and culture. That is when we realised that there is a problematic individual among us who had disguised himself as one of us‚” said the regent.

Prince Modjadji said in the process of preparing to bury Queen Makobo‚ Julia Mabalenee Mokoto snatched six-month-old Masalanabo from the royal house in collaboration with the late David Mohale.

“We were later informed by officials from Cogta Limpopo that the late David Mohale had approached the department to claim that he was the husband of Queen Makobo and father to Princess Masalanabo. Mohale stated that he wanted to be a regent on Princess Masalanabo’s behalf‚ because in his uninformed opinion‚ as the firstborn daughter‚ Princess Masalanabo should be heir to the throne‚” he said.

He said Mohale was referred to the royal family and the royal council to take a resolution on the matter‚ which failed.

The council recently resolved to inaugurate 24-year-old Prince Lekukela Modjadji as the next ruler of the Balobedu nation.

This breaks the 200-year-old tradition of a Rain Queen leading the Balobedu people.

Sixteen-year-old Masalanabo Modjadji is expected to take the throne in two years’ time.

He said Princess Masalanabo’s name was submitted when the government requested only one name of the person whom the regent was standing on behalf of as a regent.

He said they appeared at the Nhlapo commission against people saying the kingdom.

“Among those people was Julia Mabale née Mokoto. This was in 2006‚ eight months after the family was unsuccessful in their many attempts to get Princess Masalanabo back to her rightful home‚” he said.

He said‚ as a result‚ the royal council and royal family took a resolution in 2006 that Prince Lekukela‚ as a potential heir‚ was next in line to the throne‚ keeping it secret for his safety.

“Unfortunately‚ Masalanabo has missed several divine and sacred processes in our culture and tradition as a potential heir. Our kingdom has always been under attack by our adversaries‚ and by their capturing of Princess Masalanabo‚ they thought they would have the kingdom a silver platter‚” he said.

Prince Mpapatla Modjadji said the rain-making tradition was not attached to the gender of the monarch.

“Yes rain-making is a process that is led by kgosi (female queen) but it also involves the broader community who take part in our yearly rain-making ceremony. It would be wrong to attribute this sacred process to a single individual when it is in fact a collaborative effort‚” he said.

Meanwhile‚ lawyers Mathews Phosa & Associates said a substantive court application will be launched before the end of the week. In a statement‚ the law firm said the royal council’s decision was contrary to the principle of legality.

“It does not accord with the prescripts of the law. It violates the Traditional Leadership and Governance Framework Act‚ 2003. The Tolo Commission legitimately recognises the queenship status of queen-elect Her Majesty Masalanabo Modjadji VII‚” said the firm.

Should any of the “self-proclaimed” council oppose the application‚ then they will seek punitive costs against the individuals in their individual capacity and against their legal team‚ said the firm.

Prince Lekukela is expected to be crowned in October next year.