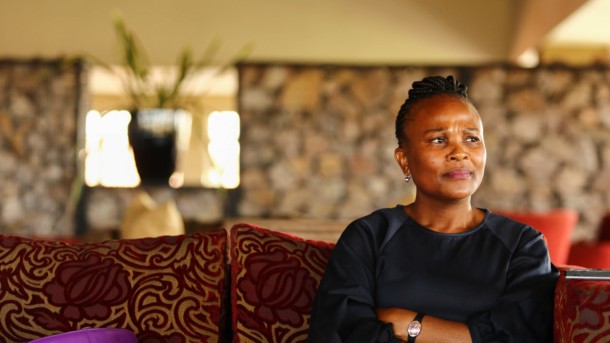 Mkhwebane still consulting on her position on state capture report

New Public Protector Busisiwe Mkhwebane says she has not taken a position in the application by President Jacob Zuma and Cooperative Minister Des Van Rooyen to interdict the release of a report on “state capture”.

The office of the Public Protector and all other parties in the case are expected to file answering affidavits in the applications filed by Zuma and Van Rooyen.

Those applications‚ together with applications by a number of opposition parties who seek to intervene in the matter‚ will be heard by the high court in Pretoria on November 1.

Mkhwebane was briefing the media for the first time since she took office on October 15‚ and on the strategic direction her office will take for the next seven years.

Mkhwebane found herself in the midst of litigation involving Zuma following a legal challenge against the release of the state capture report.

Former Public Protector Thuli Madonsela had planned to release the report last Friday‚ on the last day of her seven-year term‚ before separate applications by Zuma and Van Rooyen put a stop to that.

Mkhwebane said she had not read the report‚ which she said was under lock and key.

She said she was still to consult her legal team later on Thursday on the position she would take.

“I am still consulting before I prepare my affidavit for filing in court tomorrow (October 21)‚” Mkhwebane said.

However‚ there was an affidavit filed last week by Hendrik Fourie‚ head of legal services at the Public Protector‚ who was opposing Van Rooyen’s application.

Fourie‚ in the affidavit‚ said the Public Protector had already finalised and signed the report.

Fourie said the report made no findings and made no recommendations involving allegations concerning Van Rooyen.

Mkhwebane said if the court ordered the report to be published “we will publish it”.