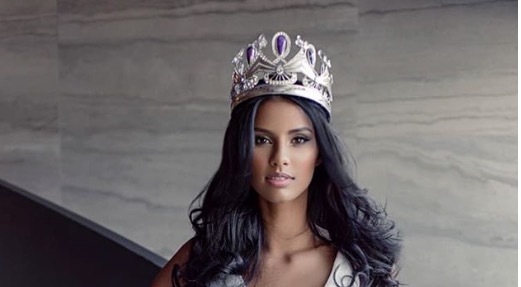 After her own battle with TB in 2015‚ Miss SA Tamaryn Green has made it her mission to create awareness about the disease and she’s now set to add her voice to the United Nations General Assembly in New York this weekend.

Tamaryn chose to use her experience to help break the stigma attached to the disease and in August she revealed that she would make it her focus during her year of reign.

She hopes to “make a difference in the lives of millions of TB sufferers through my very personal #breakthestigma campaign”.

On the eve of South African Heritage Day the medical student will share her personal health battle on the global platform.

“The world is on the cusp of a global push to deal with this killer disease. I am very grateful to have the power of the Miss South Africa platform – which is so much bigger than I could ever have imagined – and to be in a position to make my voice heard. Because of my title‚ I have an opportunity to help as many people as I can.”

Tamaryn’s address will precede a historic meeting at which Heads of State from around the world are expected to commit to a coordinated global strategy on how to deal with the silent killer‚ TB.

This is the first ever United Nations high level meeting on TB.

When Tamaryn was diagnosed she was still a full time student. Looking back Tamaryn said the experience was more traumatic than she ever allowed herself to admit.

“I always saw myself as a strong and independent woman. While being ill I was vulnerable and needed help. I learned that you don’t have to deal with everything by yourself. I was disappointed in myself for falling ill‚ placing more strain on my family and deferring an exam as a third-year medical student.”

Which one would you rather...calling or texting?