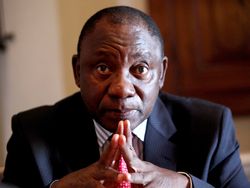 Minimum wage to come into force in May 2018

Parties to the National Economic Development and Labour Council (Nedlac) — excluding the Congress of South African Trade Unions — have signed the agreement on the national minimum wage and labour market stability.

This was announced by Deputy President Cyril Ramaphosa at a media briefing on Wednesday.

Ramaphosa was flanked by Labour Minister Mildred Oliphant and Department of Labour director general Thobile Lamati at the briefing. He emphasised that the national minimum wage of R20 an hour was not a living wage but the start towards achieving it. It would provide trade unions with a platform from which to bargain.

The Federation of Unions of SA (Fedusa) and the National Council of Trade Unions (Nactu) have signed the agreement.

Businesses which are unable to afford the national minimum wage will be able to apply for exemption lasting a year. Mitigating measures will be put in place to assist fragile businesses and sectors to avoid plant closures and massive job losses.

The commission will be made up of three representatives each from business‚ labour and communities as well as four independent experts.

Ramaphosa said issues to be worked out with Nedlac over the next few weeks included the minimum number of working hours and whether workers in government’s expanded public work programmes will be included under the national minimum wage.

In a surprise move on Tuesday Cosatu pulled out of the ceremony at which the agreement on the minimum wage of R20 per hour was to be signed. But Ramaphosa stressed that the federation was still on board and merely wanted to report back to its central executive committee on February 27.

It is understood that the federation remained uneasy about a number of issues which it believed had not been adequately addressed in the agreement. These included the issue of annual increases in the minimum wage‚ medium-term targets and minimum working hours.