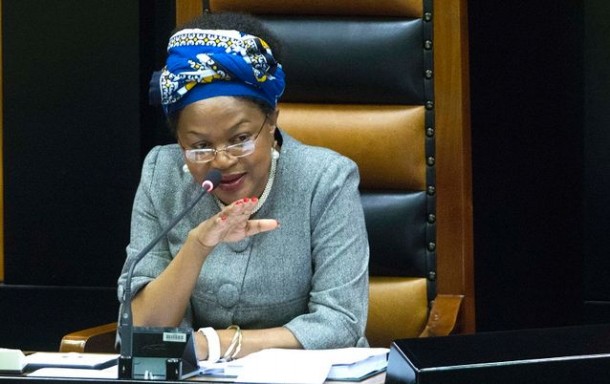 Speaker of the National Assembly Baleka Mbete says ad hoc committee to investigate whether President Jacob Zuma misled the house is being considered.

She made the statement in a tweet in response to a question by someone asking whether any disciplinary action would be taken against  Zuma in light of the Constitutional Court judgment that he had violated the constitution.

The announcement confirmed an earlier statement by the Economic Freedom Fighters (EFF) which said that‚ through its chief whip’s office in Parliament‚ it had received confirmation from Mbete that Parliament would consider taking disciplinary action against Zuma.

The party said that its chief whip and deputy president‚ Floyd Shivambu‚ had written to the Speaker demanding disciplinary action against Zuma following the Constitutional Court judgment.

“In response‚ the Speaker of Parliament has responded that the matter will be given due consideration‚ including at the multiparty meeting she has requested today (Wednesday)‚” the EFF said.

In tweets following the multi-meeting on Thursday afternoon‚ Mbete said: “I recognise the honest‚ frank and constructive views expressed by all.

“The issues raised include the continued erosion of the credibility of Parliament. We’ve agreed to continuous engagements on all issues.

“Lastly‚ there’s a commitment from all to ensure Parliament reviews and aligns the rules with ConCourt judgment and Constitution.”