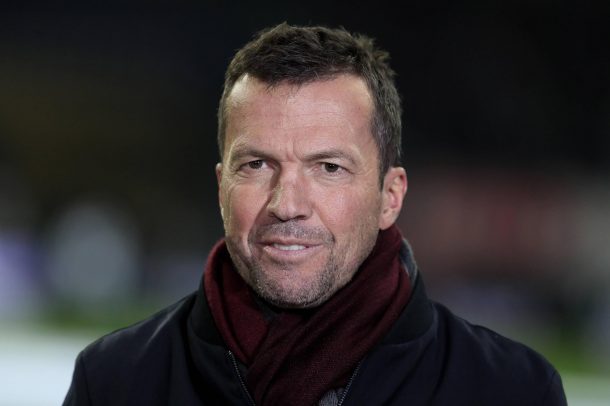 Matthaus says Safa should have a 10-year commemorative match for the 2010 World Cup.

German football legend Lothar Matthaus has questioned why the South African Football Association (Safa) has made no plans for a 10-year commemoration match for the 2010 World Cup.

Matthaus said such a match could be a perfect opportunity to raise funds for football development in South Africa‚ and could involve one of the high-profile national teams who were part of the 2010 World Cup.

The anniversary of the start of the first World Cup to be held in Africa is June 11‚ the day when Bafana Bafana kicked off the 2010 tournament at Soccer City with a 1-1 draw against Mexico.

Safa have yet to announce any commemoration event for either June 11 or July 11‚ the day Spain beat Netherlands 1-0 in the final at Soccer City.

Matthaus‚ who said he travelled around South Africa by car at the 2010 World Cup‚ spoke at a Bundesliga function in Johannesburg about the German legends association‚ of which he is chairman‚ and the connections they establish worldwide.

“It’s possible‚ why not? It’s possible for South Africa to play against Germany. Why not?” Germany’s 1990 World Cup-winning captain said.

“Ten years ago the World Cup was here. Why don’t you have this idea in South Africa to say‚ ‘We play against a team that 10 years ago was here in the World Cup’?

“And make connections between the countries.

“And perhaps it can be for charity. No salary for the players. The money must go to the youth‚ towards development for the future.

“Because I saw 10 years ago a great atmosphere in the stadiums. I heard last week there was a great game [the Soweto derby between Kaizer Chiefs and Orlando Pirates]‚ with two German coaches.

“Great atmosphere. But the rest of the games the stadiums are empty. This can not be the direction for South African football.”

One could go a step further than Matthaus’s idea.

Safa have surely missed a trick not organising such a friendly annually against one of the teams who participated at the 2010 World Cup.

The international football community must surely feel some owe of debt for the gleaming‚ clockwork-run‚ expensive event that was put on by South Africa.

The various associations who participated would want to reward the outstanding hospitality shown them 10 years ago.

Such an event annually‚ utilising the connections gained when South Africa played hosts to 31 national teams‚ would provide a sterner test for Bafana than the some of the poor friendlies Safa have organised in the past decade.

If it served as a charity function‚ it could also raise much-needed funds towards development now the 2010 World Cup Legacy Trust is nearly spent.