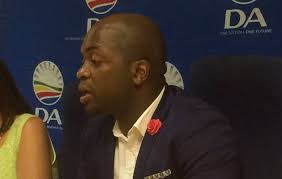 Tshwane Mayor Solly Msimang has hit back at ANC critism over his trip to Taiwan‚ suggesting that he had been given permission to travel to that country.

Msimanga told reporters on Wednesday that he was only warned against travelling to Taiwan just a few minutes before boarding a flight.

He said “nobody ever communicated with myself” about any potential diplomatic problems that may arise from the trip until he was about to step on the plane to Taipei.

“To show that this was a manufactured outrage‚ only 5 minutes before I boarded the plane did I receive a call from the spokesperson of (the Department of International Relations and Cooperation). You can’t use a diplomatic passport without permission. You can’t go through the state protocol office…without being allowed to be there‚” said Msimanga.

The mayor challenged the department to release communication between Tshwane and Dirco‚ saying he would also do the same to prove who was telling the truth.

Msimanga’s trip to Taiwan drew the ire of the ANC‚ which insisted that it amounted to subverting South Africa’s foreign policy which endorsed the One-China policy.

However‚ Msimanga said on Wednesday he was well aware of the sensitivities surrounding the matter and deliberately steered clear of politics.

“The trip to Taipei was not political and should not have been turned into the little political football that it is‚” said Msimanga.

“When I arrived in Taipei‚ I stayed away from politics because I knew it (the matter between China and Taiwan) was a sensitive matter.”

Msimanga said the furore resulting from the trip had spooked the 120 would-be investors he had met in Taipei.

They had apparently asked whether “it is safe to come there”‚ said Msimanga.