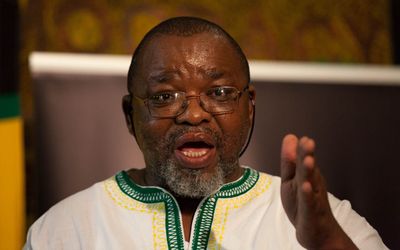 The removal of president Jacob Zuma could have dire consequences for the ANC‚ the party’s secretary-general‚ Gwede Mantashe‚ said on Wednesday afternoon.

Speaking to the ruling party’s Amathole district branches at the University of Fort Hare’s Alice campus‚ Mantashe said the National Working Committee’s reasons for deciding not to remove Zuma were due to lessons from past experiences.

Mantashe said: “After the removal of Thabo Mbeki we had the formation of COPE which won 37 seats in parliament.

When we fired a youth league president‚ he formed his own party and took a lot of young people in the youth league with him.”

Mantashe said the problems faced by the party today began in Nkandla then moved to “Gupta town“‚ finally stopping at the Constitutional Court.

He told branch members at a closed session that when the leadership of the party met they felt it would be better to stick with President Zuma for the well-being of the organisation.