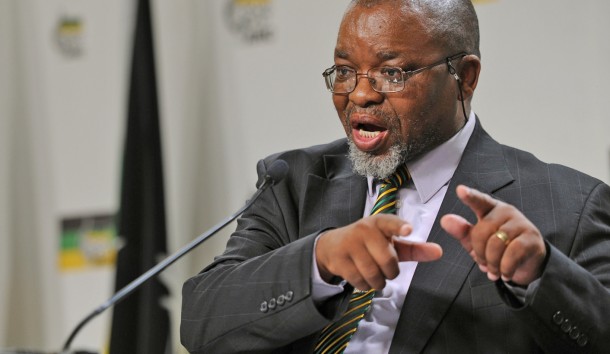 Mantashe cautions those who want to remove President Jacob Zuma

ANC  Secretary General Gwede Mantashe has warned that party leaders who insult President Jacob Zuma in a public platform, will face the consequences .

The Secretary General was responding to the ever growing calls by Civil Society organisations for President Zuma to step down or face disciplinary action.

Some ANC veterans, former ANC members and some active ANC members  have joined forces with religious church groups, academics and former Cosatu Secretary General Zwelinzima Vavi to form the Civil Society group who will be implementing different strategies to force the president to step down.

Mantashe, says “Every South African citizen has a constitutional right to express their views.”

However, he further stated that the veterans of the movement have the right to express their views with the President, but when they join the call to remove President Zuma, it is disturbing to the organisation.

Gwede Mantashe has also warned that those civil society organisations who are involved in a campaign to pressure President Zuma to resign are treading on dangerous grounds.

The Secretary General has on numerous occasions stated that the ANC’s doors are always open for anyone who has a problem with the ruling party, to address their issues with them,  instead of using a public forum to deal those issues.