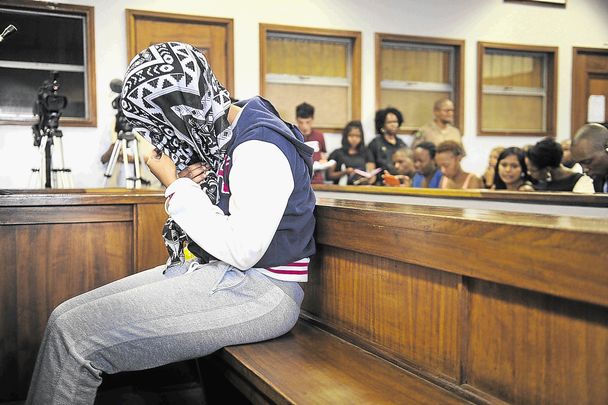 Sindisiwe Manqele’s bid for permission to appeal against her murder conviction and sentence has been postponed.

Manqele‚ 26‚ was sentenced to 12 years in prison by the Johannesburg High Court last month for the murder of her rapper boyfriend‚ Nkululeko “Flabba” Habedi.

She stabbed Habedi‚ 37‚ who was a member of hip-hop group Skwatta Kamp‚ in the chest on March 9 last year in his home in Alexandra‚ Johannesburg.

She pleaded not guilty to murder‚ saying she acted in self-defence during a fight between the couple. The court found she had gone beyond the limits of self-defence and was guilty of murder.

Manqele has applied to the court for leave to appeal against her conviction and sentence but Judge Solly Sithole on Tuesday postponed the application to May 24.

“The application for leave to appeal cannot be heard today because we are still struggling to lay our hands on the full transcript of the proceedings‚” Sithole said.

Manqele is out on bail of R25 000 pending the application.

Sithole said it was not necessary for her to wear an electronic monitoring bracelet but she had to keep reporting to the police twice a week.

The court had ordered that Manqele serve eight years of her sentence before she could be considered for parole – something which is usually considered after half of a sentence has been served.

None of Habedi’s family members were in court on Tuesday.