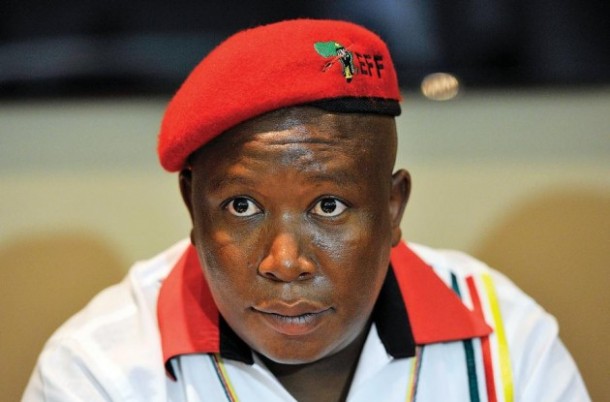 Economic Freedom Fighters leader Julius Malema said if he wins the local government elections next month he will make sure that he makes education fashionable.

Malema who arrived an hour and 30 minutes late in Dibate village in Mahikeng‚ North West‚ on Wednesday‚ said he was determined to restore the dignity of young people ‚ especially those at a lower level.

He visited the mighty green sport ground in Dibate village as part of his party’s local election campaign manifesto.

He said if people vote for his party‚ he will make sure that there will be decent roads‚ houses‚ primary health care‚ jobs and education in the country.

He said white people looked more intelligent that blacks because they instil education in their children at an early age.

“We must capture our children’s education at an early age. Creches are not a luxury‚ it’s a basic necessity. Teach them young so that they grow up inside the education system‚” he said.

He said his party wants to see children and youth competing for education and making it fashionable.

“It is very late to take your child to school at the age of seven because white people’s children can count at the age of four whereas black children struggle to count at seven‚” he said.

He said people must not use material things to determine the success of an individual‚ but rather use the knowledge that they have to accumulate it.