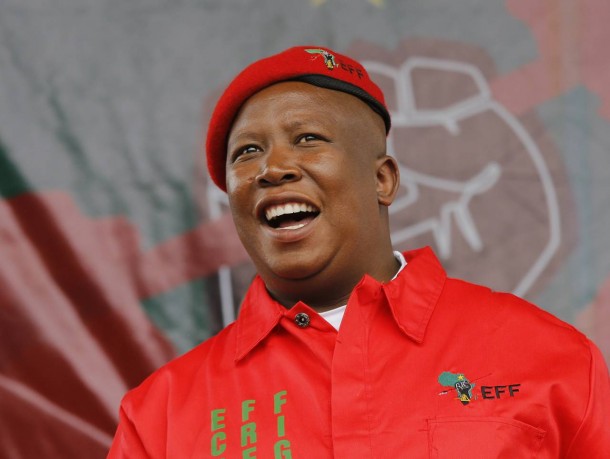 Malema who addressed the media about the outcomes of the EFF’s central command team meeting in Johannesburg on Monday‚ said his party saluted young people‚ irrespective of their political ideologies‚ who stand up against injustices.

“Always when we see the youth taking up action and standing firm on what they believe we celebrate them. We do not care from which party they come from.

“Like those young girls from Pretoria‚ I called the school that morning. I wanted to go and understand but the school refused to give me permission. The next morning I tried and they still refused. And I accepted because I did not want to be seen to be disturbing learning. But I was happy when the girls stood up‚” he said.

Malema poked fun at eNCA journalists whom he said were intimidated when they were instructed by management not to wear doeks at work.

“Those girls exposed a lot of you at your work places‚ where are eNCA journalists? You were told not to wear doeks and you succumbed‚ and the 16-year-olds have shown you.

“I think eNCA journalists can learn a few things from those girls. The young girls are showing you as workers that you must stand up and fight‚” he said.

Malema said he equally celebrated the courage of young ANC members who on Monday marched to Luthuli House to call for the resignation of President Jacob Zuma and the entire national executive committee of the party.

“I celebrate their courage even when they saw that rented mob of MKVA members who went to beat up those people today‚ still the young people were courageous to go. I salute them.

“I always salute fearless people. When they submitted their memorandum‚ I was very happy that young people are standing up.”

Malema credited the EFF for igniting the fighting spirit among young people of the country.

“Every time we see the youth standing up we are very happy that we are influencing them. Remember it is the EFF influence. It is the EFF that teaches fearlessness.”

He dismissed claims that the EFF was behind attempts by a group of ANC members to occupy Luthuli House.

“If we want to occupy Luthuli House we can do it‚ with more people than ANC people. We can organise a big thing‚ we don’t have to use anyone. We are not scared of the ANC‚” he said.

Malema said it would take a long time to remove Zuma from power.

“We try everything‚ every opportunity we get we try and remove Zuma. We welcome those who are joining the struggle to remove him‚” he said.

Malema said even when Zuma was ultimately removed the ANC would not regain its legitimacy.