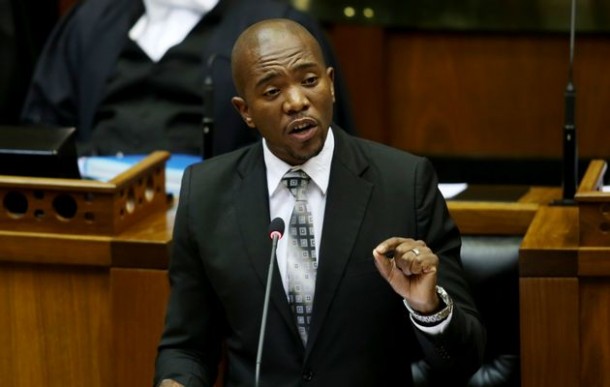 Maimane a no-show at DA presser about his future

DA leader Mmusi Maimane was missing in action at a DA press conference over his future following the official opposition’s 1.4% decline in electoral support in the general election.

The media conference followed a federal executive meeting hot on the heels of reports that the party’s old guard was baying for Maimane’s blood.

However‚ during the media conference on Monday‚ DA federal council chairperson Athol Trollip said the party would take collective responsibility‚ adding that Maimane would remain put as party leader until the end of his term in 2021.

According to Trollip‚ the party blamed its misfortunes at the polls on rising racial nationalism globally and its own “internal challenges”.

Asked what these “internal challenges” were‚ Trollip was not willing to share. He said the party would consult its provincial structures first.

Said Trollip: “I know there has been a lot of speculation around the DA’s performance and even speculation about our leader (Maimane) and I would like to read this statement that comes out of the federal executive from today’s deliberations.

“We were faced with internal challenges and significant changes in the political landscape – the rise of nationalism on both the right and left occurred. In short both externally and internally there were matters that we had to grapple with. These factors had a role to play in our electoral fortunes

“As the members of the federal executive we all take responsibility for the outcome of these elections whether good or bad‚ that burden does not sit on the shoulders of any individual.

“There has been much speculation about the future of our leader Mmusi Maimane and we would like to state that Maimane remains our leader until the next congress scheduled for 2021 and at that congress the party shall decide whether he continues as leader or not.”

Trollip also announced that the party would review its entire leadership structure.

FedEx chairperson James Selfe said this was nothing new‚ as it had happened in 2004 during Tony Leon’s tenure.

“What we want to do with this coming review is to see whether after that period‚ those systems are still appropriate for the bigger party that we are at the moment and to see whether they are appropriate from the different constituency to that we had in 2004 so we will be reviewing all our systems and all our structures.”