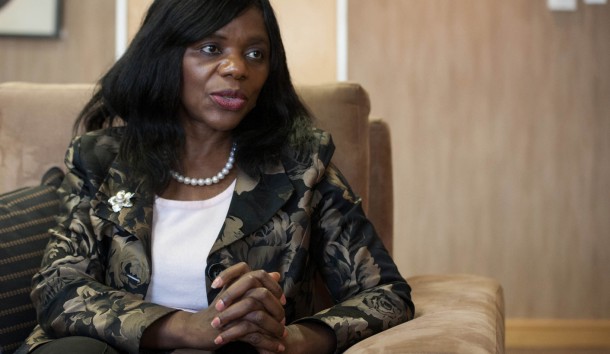 Former Public Protector Thuli Madonsela has lifted the veil on some of the hurdles she encountered in her attempts to investigate her State of Capture report released on Wednesday. These ranged from evasions and long trips abroad to flat-out refusals to answer her questions.

Madonsela said it was because of this that she and her team had not been able to conclude the report properly.

“It is not like our normal reports‚ hence it will raise a lot of questions… because of the legal proceedings and because a lot parties were suddenly unavailable and some went abroad for long periods of time.

She added that the report‚ “provides some answers. It raises some questions and then provides a mechanism to conclude the process“.

In the report‚ released on Wednesday on the orders of the North Gauteng High Court‚ Madonsela recommends that the president establishes a commission of enquiry as a remedial action.

Madosela said the court actions that occurred before the release of the state capture reports gave the world a glimpse into the processes that occur in the public protector’s office.

“I was fascinated by what happened… It gave the world a glimpse into the world we have occupied as public protector when we were doing high-stakes reports. We ended up dealing with courts in these litigation processes instead of focusing on our work.

“I believe it’s important. We have always wanted to comply with the Constitution… as part of the foundational principles of our democracy and that’s why the exercise of public power had to [be done] accountably and responsibly.”

In another interview on Wednesday‚ this one with Eyewitness News (http://ewn.co.za/2016/11/02/listen-thuli-madonsela-on-the-state-of-capture-report) Madonsela said she was not concerned that her report on state capture will be left to gather dust.

Civil society‚ she said‚ would ensure that a judicial commission of inquiry is appointed to dig even deeper into allegations of state capture.

Madonsela’s outgoing report into undue political influence by the Gupta family said remedial action had to be taken. This included placing the onus on President Jacob Zuma to appoint a judicial commission of inquiry‚ headed by a judge selected by Chief Justice Mogoeng Mogoeng‚ within 30 days.

The country’s new Public Protector Busisiwe Mkhwebane had to ensure that this was done.

Madonsela said that should the remedial action she called for “not be enforced by the [new] public protector that won’t be a train smash“.

“Civil society has‚ in the last few months‚ seized back urgency and seized back its power to hold the state accountable‚” she said.

The remedial action action “will definitely move forward with civil society driving the process‚” she added.