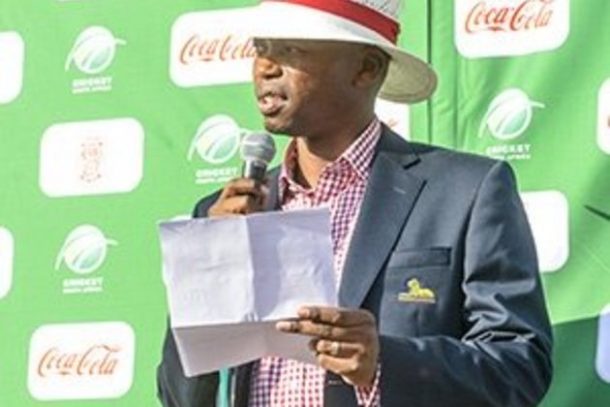 Ganguly‚ the former Indian captain‚ is the current Board of Control for Cricket in India president. The incumbent ICC chairman is Shashank Manohar from India who has served two terms since 2015. He is eligible to stand for another term but has chosen not to do so.

The ICC said in a statement they are still discussing the process of replacing Manohar‚ while Cricket South Africa’s president Chris Nenzani said last week the decision to nominate a candidate lies with the board. Smith‚ who is also a former national team captain‚ is currently CSA’s director of cricket.

Madiseng‚ who spoke at the CGL awards that were held virtually on online platforms‚ has been replaced by Anne Vilas.

“I also noted the comments from Mr Graeme Smith in support of India’s Sourav Ganguly as the ICC chairman. I would like to echo Graeme’s words and throw my support for Mr Ganguly. He is a great ambassador for the game‚” Madiseng said

He has demonstrated absolutely fantastic leadership and not forgetting his obsession with the commercialising of the sport that we desperately need due to this pandemic. That will impact the international distribution of funds to the various ICC affiliates.”

Madiseng‚ who was recently replaced on the CSA board by Limpopo’s John Mogodi after resigning last year in the midst of the organisation’s administrative upheaval‚ said CSA currently don’t have a leader who can replace Manohar in the chairman position in the event of a nomination.

Madiseng though said CSA have a good crop of presidents who’ve come through who could have a lot to give to the organisation.

“At the present moment‚ and in my humble opinion‚ I don’t think we have a leader in this country that is ready for the ICC presidential role. I’m sure we’ll have someone ready in the future‚” Madiseng said.

“When I look at the current leadership talent that we have at Northerns‚ KwaZulu-Natal and Western Province presidents and our own in Anne Vilas‚ they are all capable of leading in the CSA presidency role and eventually the ICC role.”