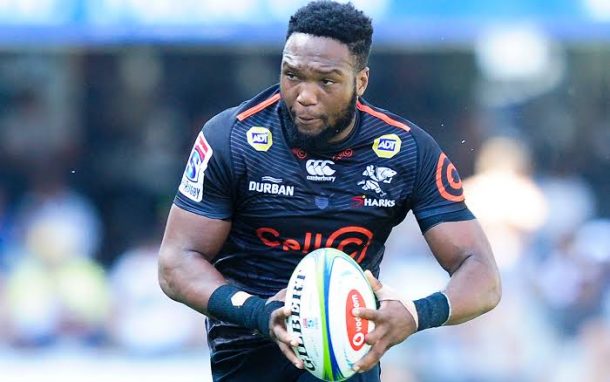 Lukhanyo Am has been handed the honour of captaining the Sharks for the 2020 Super Rugby season.

As a Rugby World Cup-winning Springbok and probably one of the best number 13’s in world rugby‚ it’s the best decision the franchise has made so far.

As a decision-maker‚ Am is unparalleled and with that offload to Makazole Mapimpi with the try-line beckoning in the World Cup final against England‚ it’s clear he puts the needs of the team above himself.

The humble Am‚ who’s had a quiet and yet impressive move to the top as a professional rugby player from Border to the Valke and the Southern Kings‚ said he was humbled with being bestowed with the captaincy.

Am now joins his Springbok captain and team-mate Siya Kolisi as a full-time Super Rugby leader.

“It is a huge honour and privilege to be chosen to lead this team of brothers.

“We have an exciting new squad of players and management‚ who are eager to make their mark and to see us grow as a group.

“We will all be working together with positivity and eagerness‚ making sure the team always comes first‚” Am said.

Sharks coach Sean Everitt said Am was the best choice for captain and represents all the best the team has to offer.

“Lukhanyo brings a winning culture to the Sharks. He has an enormous presence in the team and is a brilliant rugby player‚” Everitt said.

“I respect his commitment and dedication to the Sharks and I have no doubt that his captaincy role will inspire the young players around him to give off their best.”

Am will be leading a Sharks side with a blend of youth and experience.

Am is part of a back division that if it’s properly utilised and given licence to thrill by the forwards‚ will be difficult to contain.

There’s Bok experience and talent galore in the Sharks back division.

If it finds it’s groove early while the forwards establish a worthy platform‚ the Sharks could prove to be South Africa’s form team.